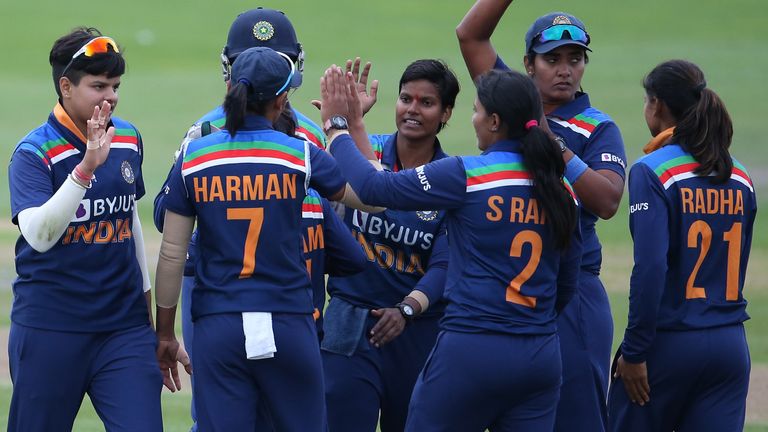 The Indian women’s team’s victory over the England women’s team in the second T20I match has soured a bit after ICC slapped them with a 20 percent of their match fee for maintaining a slow over-rate in the match which was played at Hove.

India women equaled the series in a tight encounter as they defended the 149-run target with ease as they squeezed the life out of England’s run chase. Tammy Beaumont scored a sublime 59 in 50 balls with 7 fours, anchoring one end, as wickets fell constantly at the other end. Danni Wyatt (3), Nat Sciver (1), Sophie Dunkley (4) Katherine Brunt (5), and Amy Jones (11) all fell to some amazing bowling and fielding by the Indian women’s team.

Poonam Yadav picked 2/17, while Arundhati Reddy and Deepti Sharma picked one wicket each. Deepti also affected the run out of England captain Heather Knight who made 30 in 28 balls and whose wicket triggered the collapse.

Phil Whitticase of the Emirates ICC International Panel of Match Referees levied the sanction after Harmanpreet Kaur’s side was found to be one over short of the target after time allowances were taken into consideration. On-field umpires Ian Blackwell and Paul Baldwin, third umpire Sue Redfern, and fourth umpire Tim Robinson leveled the charge.

Harmanpreet Kaur pleaded guilty to the offense and accepted the proposed sanction, so there was no need for a formal hearing. In accordance with Article 2.22 of the ICC Code of Conduct for Players and Player Support Personnel, which relates to minimum over-rate offenses, players are fined 20 percent of their match fees for every over their side fails to bowl in the allotted time. 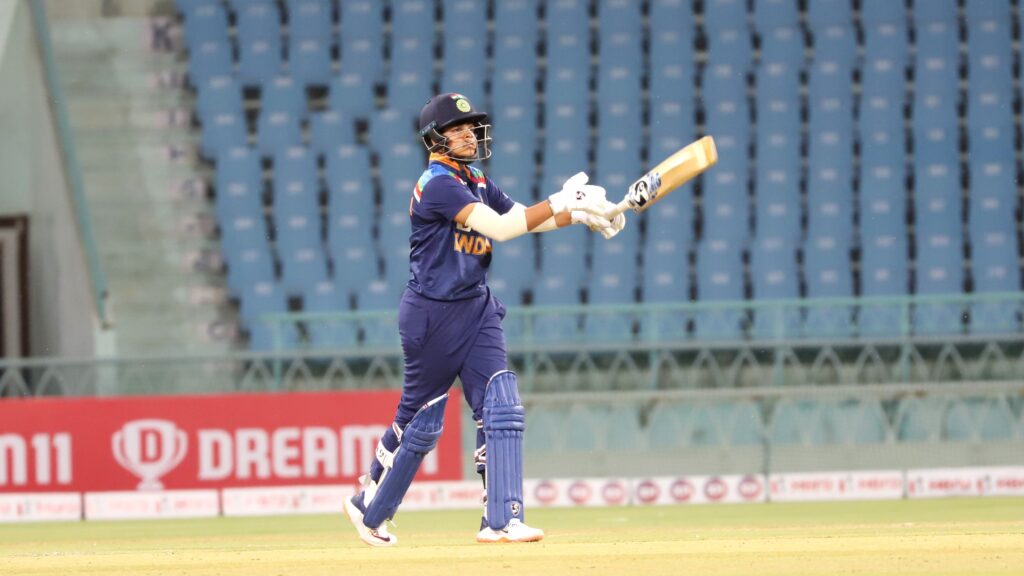 Meanwhile, India was put in to bat first by Heather Knight. Smriti Mandhana (20) and Shafali Verma added 70 runs in the first 9 overs. Shafali continued her good form by making 48 in 38 balls with 8 fours and 1 six. Harmanpreet Kaur, the skipper also found some form, stroking 31 in 25 balls with 2 fours and 2 sixes to her name.

Deepti Sharma anchored the Indian innings with 24* with one four in 27 balls, as the Women in Blue made 148/4 in 20 overs. For England women, Nat Sciver, Freya Davies, Sarah Glenn, and Mady Villiers picked one wicket each.

The third and deciding T20I will be played on July 14 at Chelmsford.

Also Read: I Like Playing In Pressure Situations – Deepti Sharma On Her All-Round Show In India’s Second T20I Win vs England