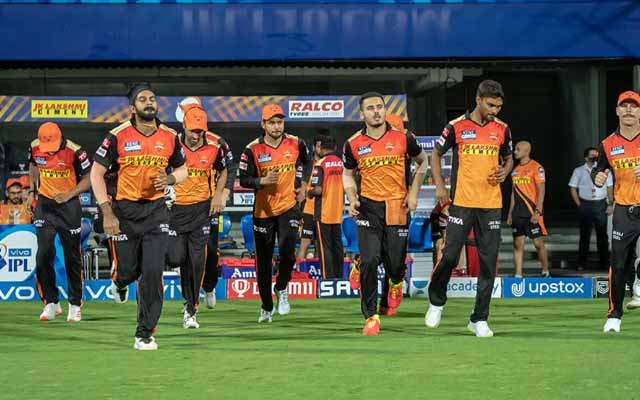 Sunrisers Hyderabad holds one IPL title in their kitty as they were the champions in IPL 2016 edition. Since the 2016 season, the team showed a consistent performance in the tournament, reaching the playoffs in every subsequent edition. However, in IPL 2021‘s first half, the David Warner-led side finished on the last spot in the points table after winning just 1 game out of 7. Since their debut in IPL 2013, the franchise has booked a seat in the playoffs in 6 editions out of 8.

SRH has signed these crucial players during previous IPL auctions, however, there are also some players that the franchise signed but they could not give a great performance. Here we talk about the 5 worst signings by Sunrisers Hyderabad in IPL history.

Sunrisers Hyderabad bought Priyam Garg for Rs. 1.90 crore during IPL 2020 auction. The right-handed batsman could pile up just 133 runs in 10 innings. He scored one unbeaten half-century (51*) but failed to score big rest of the 9 matches. He had an average of 14.77 in the season. Hence, the deal did not come out to be fruitful for the franchise.

In IPL 2019 auction, Sunrisers Hyderabad picked wicketkeeper Wriddhiman Saha for Rs. 1.20 crore. The wicketkeeper-batsman could score just 86 runs in 5 innings at an average of 17.20. The right-handed batsman lost his wicket for small scores and his highest knock was just 28 runs.

Sunrisers Hyderabad spent Rs. 1 crore to buy wicketkeeper Sreevats Goswami during IPL 2018 auction. The team sent him on the field in 6 matches, however, Goswami could not come up with a good batting show.

He scored just 52 runs in the season at an average of 17.33. As a result, Wriddhiman Saha was picked in the rest of the 11 matches as the wicketkeeper’s option instead of Goswami.

Deepak Hooda was bought for a massive price of Rs. 4.20 crore by Sunrisers Hyderabad in IPL 2016 auction. The right-handed batsman played all the 17 matches for the franchise in the season.

However, he could only pile up 144 runs in 15 innings with an unbeaten score of 34 runs in one match, which was his highest knock. He had an average of just 10.28 while batting and a strike rate of 119.

Praveen Kumar was bought by Sunrisers Hyderabad for Rs. 2.2 crore during IPL 2015 auction. However, the right-arm pacer could not show his magic in bowling. He scalped only 7 wickets in 12 matches in the season, ending up wicket-less in few matches. He also had an expensive economy rate of 9.13 during the innings. Hence, Kumar did not turn out to be a beneficial deal for SRH.