Dinesh Karthik Reacts On Whether Virat Kohli Will Endorse ‘The Hundred’ 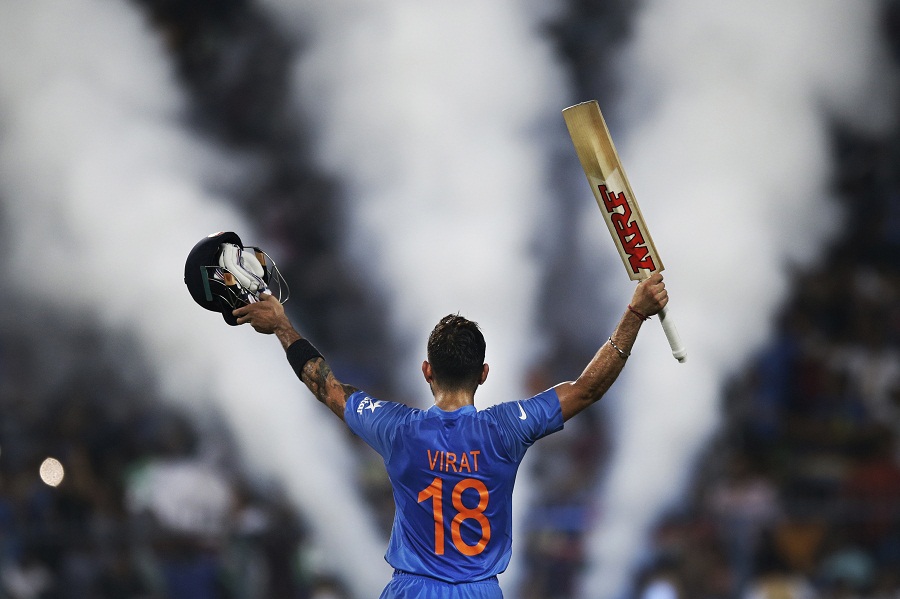 Indian captain Virat Kohli is one of the most influential cricketers of the modern era. With the truckloads of runs and records that he has broken or made, Kohli remains one of the flag bearers of the current era of world cricket.

From fans to administrators to event organizers, everyone wants a piece of Virat Kohli.

With the massive following that Kohli has on social media and off it, with every word that he says, people take notice.

Perhaps, this is why his opinion on the newly created format by the England and Wales Cricket Board, the Hundred, is deemed as important.

The Hundred is all set to begin on July 21 and the Indian captain’s endorsement could go a long way in determining its future.

It will be interesting if Kohli follows the ‘Hundred’ because if he does, he will speak his mind, irrespective of what his take on the concept is, feels Indian stumper-turned commentator, Dinesh Karthik.

“That’s his opinion and it’s very fair. Each is entitled to their own and you have to respect it. Maybe if he [Kohli] watches it… he’s a straightforward guy and if he likes it, he’ll say, and if he doesn’t, he’ll say he doesn’t,” Dinesh Karthik told The Guardian in an interview.

Giving an example of how influential Virat Kohli’s opinion is, Dinesh Karthik reckoned that Test cricket is in a stronger place than it was probably five years ago, and the fact that the Indian captain is a sucker for the longest and oldest format of the game, has gone a long way in new fans following the format.

”He loves Test cricket and he’s one of the reasons it’s where it is today; I think it’s in a stronger place than five years ago. It’s good to see people like him speak up for it and if he watches the Hundred and he likes it, he’ll say so,” Karthik added.

The post Dinesh Karthik Reacts On Whether Virat Kohli Will Endorse ‘The Hundred’ appeared first on CricketAddictor.