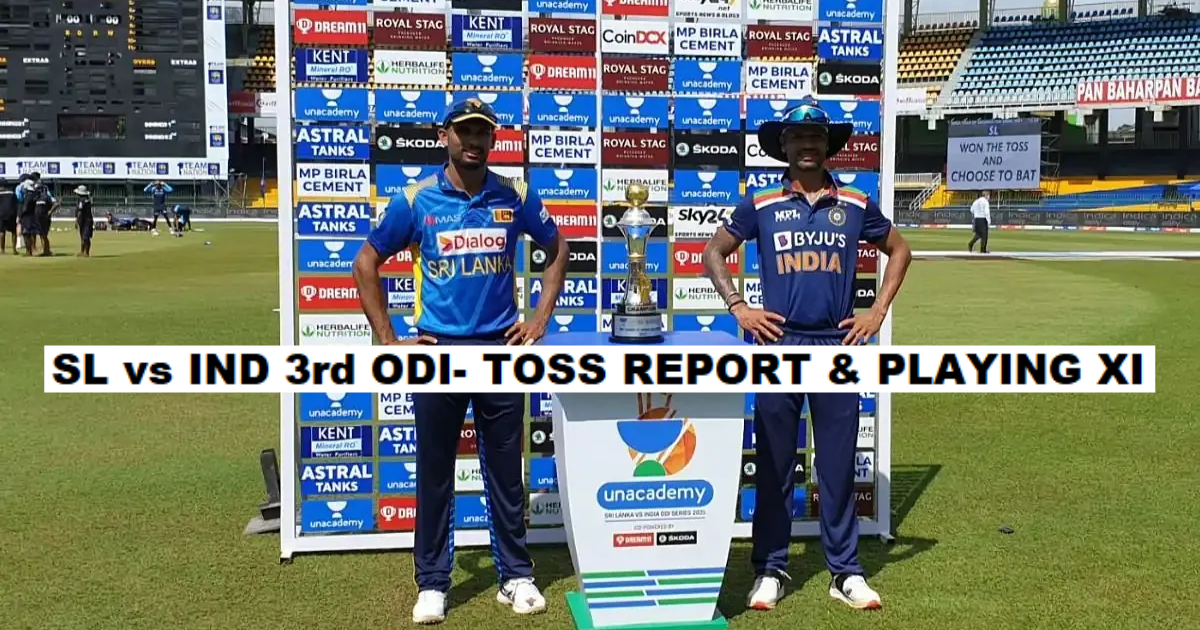 The toss between Sri Lanka and India for the 3rd and final ODI of the three-match series is due in a while in the R Premadasa Stadium in Colombo. The India National Cricket Team has already clinched the series, winning the first couple of games of the series in an enthralling manner.

While the visitors won the first game in a dominant fashion beating the hosts by 7 wickets, the Lankans bounced back in the 2nd ODI and threw a hard challenge at the Men in Blue. However, a resilient batting display from the Indian tail of Deepak Chahar and Bhuvneshwar Kumar proved too strong for the Lankans and thereby, they lost the second game too.

As far as both the teams are concerned, a lot of changes might be incoming from team India. Sanju Samson, the wicketkeeper-batsman from Kerala, seems to be the front runner to grab his ODI debut cap as both the teams lock horns in the series decider on Friday. We might also witness a few changes in the bowling department after Kuldeep Yadav’s poor show on display in the 2nd ODI.

The Sri Lankan Cricket Team might also make a few changes going into the final ODI. Reportedly, Wanindu Hasaranga will not be available for selection in the final ODI due to a muscle tear in his leg. He was Sri Lanka’s most successful bowler on the night when these two teams met last as he managed to pick 3 crucial wickets.

The Indian Cricket Team will eye a scintillating finish to the series with a victory in the final ODI which will mean they will be able to inflict another whitewash on the Lankan island. The Lankans, on the other hand, will play for pride to defend their badge and honor which has been preserved by their former cricketing legends over the years.

Winning the toss and batting first might be a good option in the final ODI as there was a lot of support to the spinners in the 2nd innings in the last ODI. Sri Lanka has failed to capitalize on the toss advantage both the times so far and now, the Men in Blue will be hoping their captain Shikhar Dhawan to win the toss for them as they take to the field for the final ODI in this calendar year.