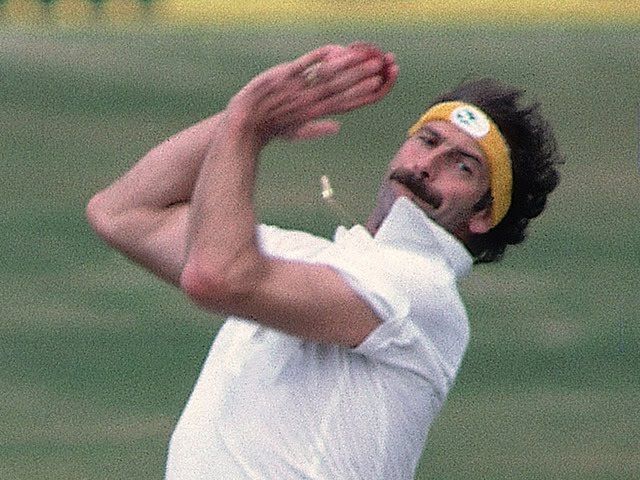 A Dennis Lillee Aluminium Cricket Bat that was used to promote the Governors vs Pirates charity cricket match was not returned to a Kingsley man and a plea has been issued. The bat is estimated to be valued at $10,000 and the owner of the bat was unsure if it was really used by Dennis Lillee.

Dennis Lillee is regarded as one of the best bowlers to have played from his generation for Australia and he had a brilliant attitude that served him for a long time in international cricket. He had an aggressive approach always and he played 70 tests and 63 ODIs for his nation taking 355 and 103 wickets in the respective formats.

Mr. Skipworth Feels The Bat Is Sentimental To His Family

Mr. Skipworth, the owner of the bat was very disappointed with the bat going missing, and he stated that he doesn’t aspire to sell when he gets it back. He reckoned that the bat had a lot of sentiments attached to it from his family side and he added that he wasn’t concerned about the price tag of the bat being really high. He mentioned that he lo

“I don’t want it back to sell it. It’s a family heirloom. It has a lot of sentimental value. I don’t care about the dollar value whatsoever,”

“But once the organisers had packed up and unpacked, they couldn’t find it,” Mr. Skipworth, the owner of the bat said.

Mr. Skipworth Unsure Of How The Bat Went Missing

Mr. Skipworth was pretty unsure of how he missed the bat and at what time it went missing. He was hoping that someone could have misplaced the bat in their bag or taken it with them unknowingly. He was scared about being stolen from the charity game and was hoping that wasn’t the case.

“I’m not sure at what point it went missing.”

“I’m hoping someone just put it in their cricket bag and didn’t realise,”

“I really hope it hasn’t been stolen from a charity game.” he said.

The police have started to investigate the missing Dennis Lillee Cricket bat and the possibilities of finding it looks bleak at the moment with no information.