Prithvi Shaw, Suryakumar Yadav, Hardik Pandya And Ishan Kishan Likely To Be Ruled Out Of The T20 Series After Being Identified As Close Contacts Of Krunal Pandya- Reports 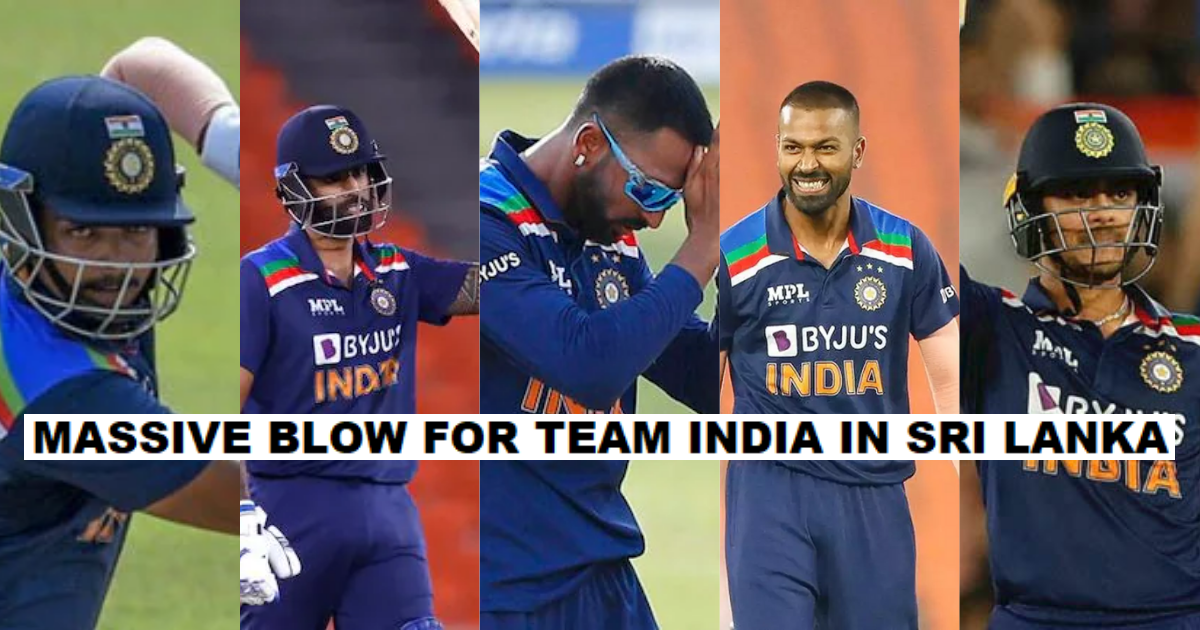 Indian all-rounder Krunal Pandya tested positive for Covid-19 recently and as many as seven of his teammates are likely to be ruled out after being in close contact with him. India has their backups ready but still, this is going to be a big blow to the India team as their regular playing XI members like Hardik Pandya, Prithvi Shaw, and Suryakumar Yadav will all have to be ruled out.

The list also includes Ishan Kishan, Krishnappa Gowtham, and Devdutt Padikkal with one another member name not yet revealed. All these players have been in the same hotel room with Krunal Pandya and they will have to be isolated for the 2nd and 3rd T20 internationals against Sri Lanka on 28th of July and 29th of July for being in close contact with Krunal Pandya.

Prithvi Shaw, Suryakumar Yadav, Hardik Pandya And Ishan Kishan Likely To Be Ruled Out Of The T20 Series After Being Identified As Close Contacts Of Krunal Pandya

The Indian test team in the UK faced a setback with the likes of opener Shubman Gill, fast bowler Avesh Khan, and all-rounder Washington Sundar, all ruled out with injuries and the BCCI had announced the two replacements to be in-form batsmen Prithvi Shaw and Suryakumar Yadav. However, the dates of travel haven’t been confirmed yet and it is likely to be after the Sri Lanka series gets concluded.

Prithvi Shaw had already played for India in tests and he is making a comeback into the side after being dropped due to poor form. Suryakumar Yadav has been waiting for a long time and this is his maiden call up to the Indian test team as a backup to the injured Ajinkya Rahane. Suryakumar has immense experience n the domestic circuit and he has already shown glimpses of his talent in the few limited-overs games he has played for India.

India Looking To Seal The Series Against Sri Lanka

Despite so many players not being available, India has the luxury of reserve players who could chip in as well as the squad members too. Devdutt Padikkal would be disappointed that he won’t be able to make his debut for India further in the Sri Lanka series and he will have to wait for his turn. Krunal Pandya testing positive will slightly make it harder with the regulars being not available.

India has taken a 1-0 lead in the three-match T20 international series, and Shikhar Dhawan’s men will be looking toget the job done quickly.

The post Prithvi Shaw, Suryakumar Yadav, Hardik Pandya And Ishan Kishan Likely To Be Ruled Out Of The T20 Series After Being Identified As Close Contacts Of Krunal Pandya- Reports appeared first on CricketAddictor.