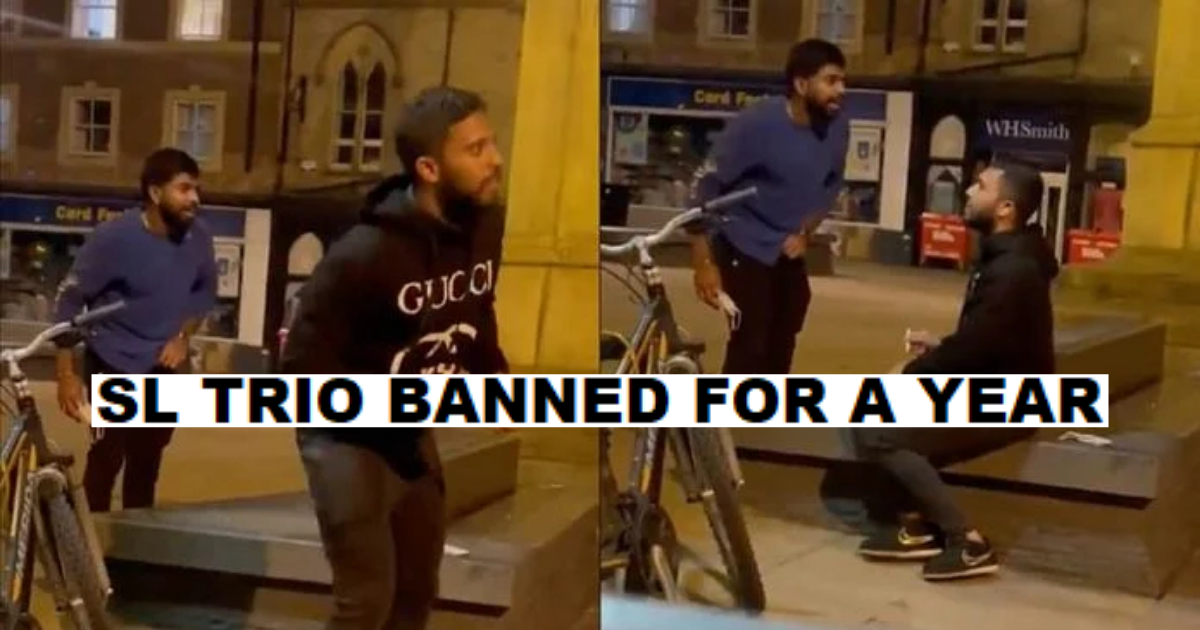 Sri Lanka Cricket (SLC) board has finally announced disciplinary action against Danushka Gunathilaka, Kusal Mendis And Niroshan Dickwella after they were found guilty of breaching the bio-secure protocols during the national team’s tour of England last month.

The trio was at the center of a huge controversy in England after they were video graphed and photographed smoking and roaming in Durham by fans after breaching the bio-bubble. SLC immediately formed a five-member disciplinary committee chaired by a retired Supreme Court judge to investigate the matter.

The committee had urged the Sri Lanka Board to ban former vice-captain Kusal Mendis and opener Danushka Gunathilaka for a period of two years from all forms of the game and an 18-month suspension for stumper Dickwella.

Now SLC in an official statement has returned with their judgment in which under the allegations of 1. Breaching Covid-19 safety guidelines,  instructions & regulations of the team Management and by the said act putting into jeopardy the safety of said players, fellow team members, and others involved in the said tour.

Therefore Sri Lanka Cricket in further consideration of the impact to the individual players, and their contribution to the national team, have decided to fine all the three players Sri Lanka Rupees 10 Million each.

All three players- Danushka Gunathilaka, Kusal Mendis, and Niroshan Dickwella have been banned for one year from international cricket and six months from domestic cricket. Upon completion of the said one-year Ban, each player will be subjected to a further ban of one year from playing international Cricket which will be suspended for a period of two years.

The three players will also undergo mandatory counseling under a doctor recommended by the SLC.