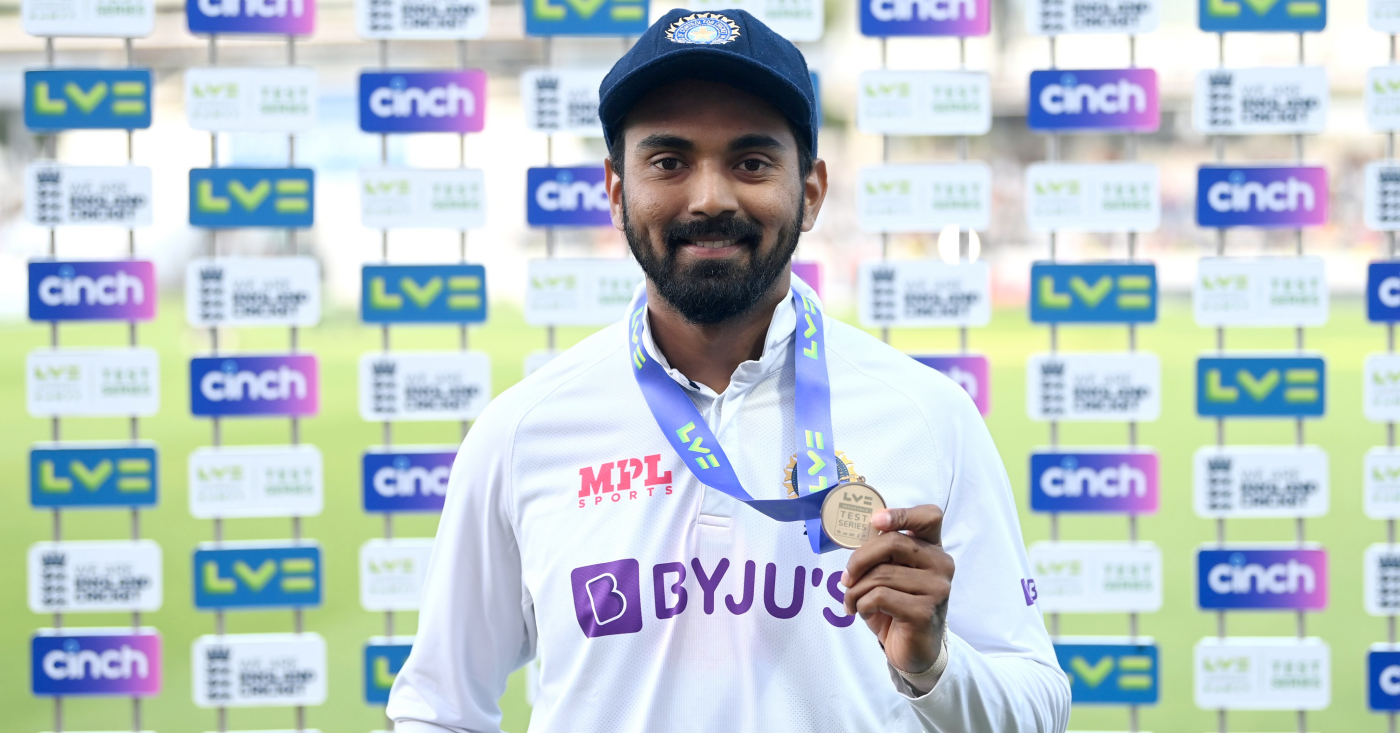 Indian opener KL Rahul bagged the Player of the Match award on the back of a fantastic hundred in the first innings against England. Having been put in to bat first, India needed a good start and the openers provided that.

Rohit Sharma took some time to settle in before laying into the bowling. Rahul was quite happy to watch the spectacle unfold at the other end, before taking the reins following Rohit’s dismissal. The Karnataka batsman’s innings was stroke-filled, none better than the exquisite square drives.

His knock set up a big first-innings total for India, albeit being trumped by England on the back of Joe Root’s masterclass. After winning the player of the match award, Rahul was quite ecstatic. On being asked about the Lord’s honors board, Rahul said:

“I’ve been looking at it every morning to see if they’ve put it on permanently. They haven’t – it’s still a temporary piece of paper,” he cheekily said.

“To put on 360 on the board was really crucial, very happy. Been here for a couple of months now and been working really hard on our skills. Even in the first game at Trent Bridge, the batsmen have shown a lot of discipline.”

“You go after one of our guys, and all eleven of us will come back harder” – KL Rahul

The Test had quite a few heated moments right from Day 1. Things escalated on the last day, however, when England decided to trouble the Indian lower-order with short-ball bouncers. Mark Wood had an animated chat with Jasprit Bumrah before Jos Buttler joined in.

It was intense throughout, reaching a point where the umpires had to separate the players on multiple occasions. Speaking about the same, Rahul suggested that the stakes are extremely high so the tempers might flare now and then. He also reckoned the team won’t back down from any verbal altercations.

“That’s what you expect with two competitive teams – great skills and a few words as well. We don’t mind some banter. You go after one of our guys and all eleven of us will come back harder. The bowlers were really pumped as well and it was great they delivered the win for us,” Rahul concluded.

The third Test between England and India will take place at Leeds from August 25-29.

The post “Been Working Really Hard on our Skills” – KL Rahul After Winning Player of the Match in the 2nd Test appeared first on CricketAddictor.