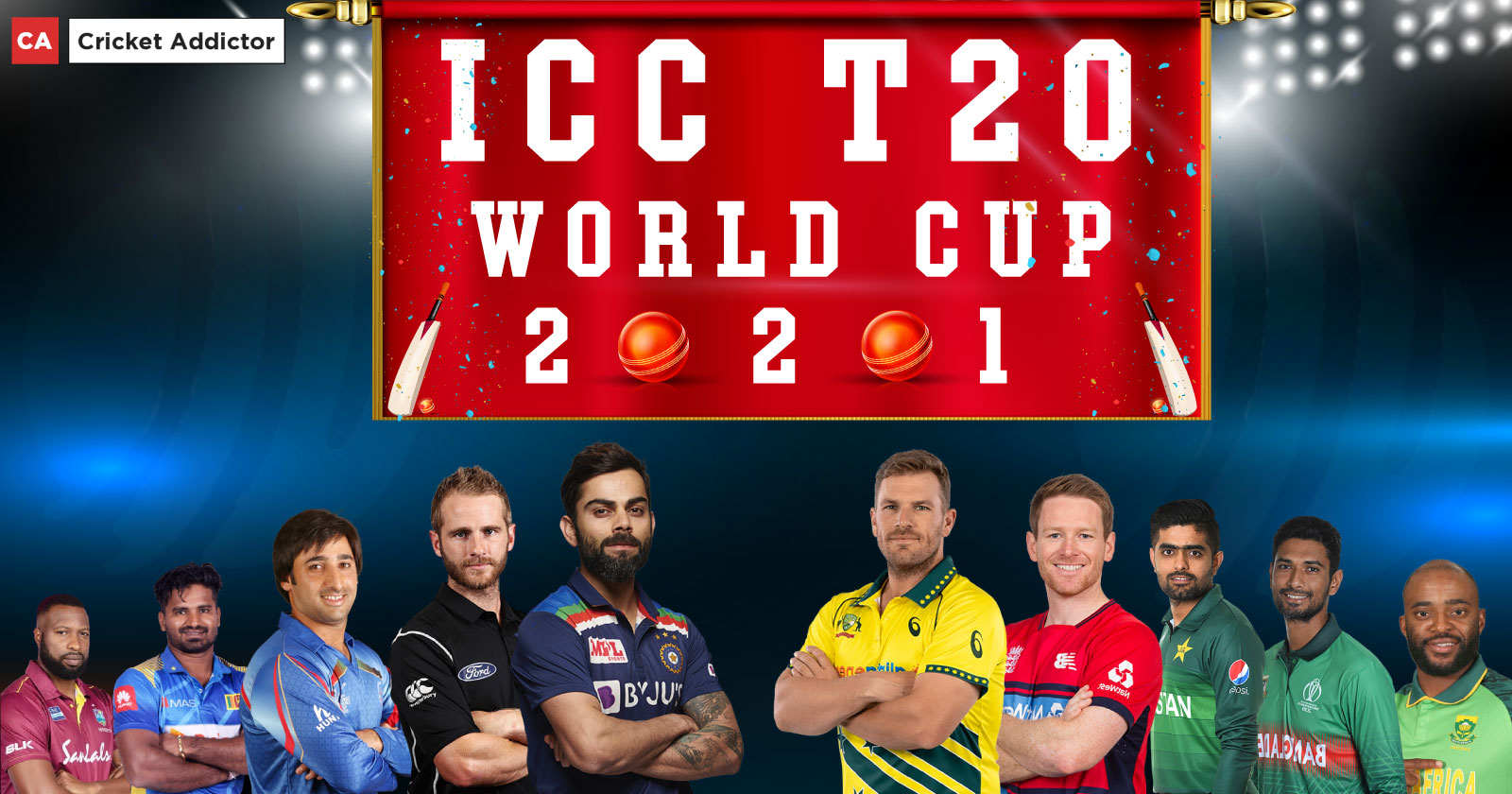 The ICC had already divided the qualified teams into four groups. The groups were divided on the basis of the ICC T20 Team Rankings as of 20 March 2021. In the Super 12s, the India National Cricket Team is placed in Group B alongside arch-rivals Pakistan, New Zealand, and Afghanistan. In Group A, England, Australia, South Africa, and West Indies will compete for the knockout rounds.

The ICC T20 World Cup 2021 schedule was announced by the International Cricket Council on Tuesday. It was already confirmed that India and Pakistan will be locking horns against each other on October 24 in the T20 World Cup 2021.

The tournament will begin with the Round 1 Group B encounter between hosts Oman and Papua New Guinea at 2pm local time on 17 October, with Scotland and Bangladesh, the other teams in Group B, clashing in the evening match at 6pm.

Ireland, Netherlands, Sri Lanka and Namibia – making up Group A – will be in action in Abu Dhabi the next day, with Round 1 matches running till 22 October. The top two teams in each group will proceed to the Super12 stage of the tournament, beginning on 23 October.

The second round of the tournament – the Super12 stage – will get underway in Abu Dhabi on 23 October, with the Group 1 contest between Australia and South Africa. This will be followed up with an evening clash between England and West Indies in Dubai.

Old rivals England and Australia will lock horns in Dubai on 30 October. The group will conclude on 6 November with matches between Australia and West Indies in Abu Dhabi, and England and South Africa in Sharjah.

Group 2 will commence with a heavyweight clash between India and Pakistan in Dubai on 24 October at 6pm local time. Pakistan then take on New Zealand in Sharjah on 26 October, in a tough start for the 2009 champions. Afghanistan begin their campaign on 25 October at Sharjah, taking on the winners of Group B from the first round.

The group will conclude on 8 November, with India taking on the second-placed Round 1 qualifier from Group A.

The marquee clash of the tournament will take place in Dubai at 6pm local time on 14 November, Sunday, with Monday acting as the reserve day for the final.

A long-awaited cricket fest will be commenced with the resumption of IPL 2021 from September 19 this year in the UAE. Notably, IPL 2021 had to be called off earlier this year when the tournament was staged in India as certain players and staff members tested positive for COVID-19 during the tournament.

The ICC T20 World Cup 2021 was originally slated to take place in 2020 with Cricket Australia (CA) holding the rights of the tournament. However, due to the poor COVID situation, the BCCI acquired the hosting rights but the tournament had to be postponed to 2021. With COVID-19 barraging India down with its second wave, the BCCI decided to stage the tournament in the United Arab Emirates.

Group 1: England, Australia, South Africa, West Indies, A1 and B2.
Group 2: India, Pakistan, New Zealand, Afghanistan, A2 and B1.