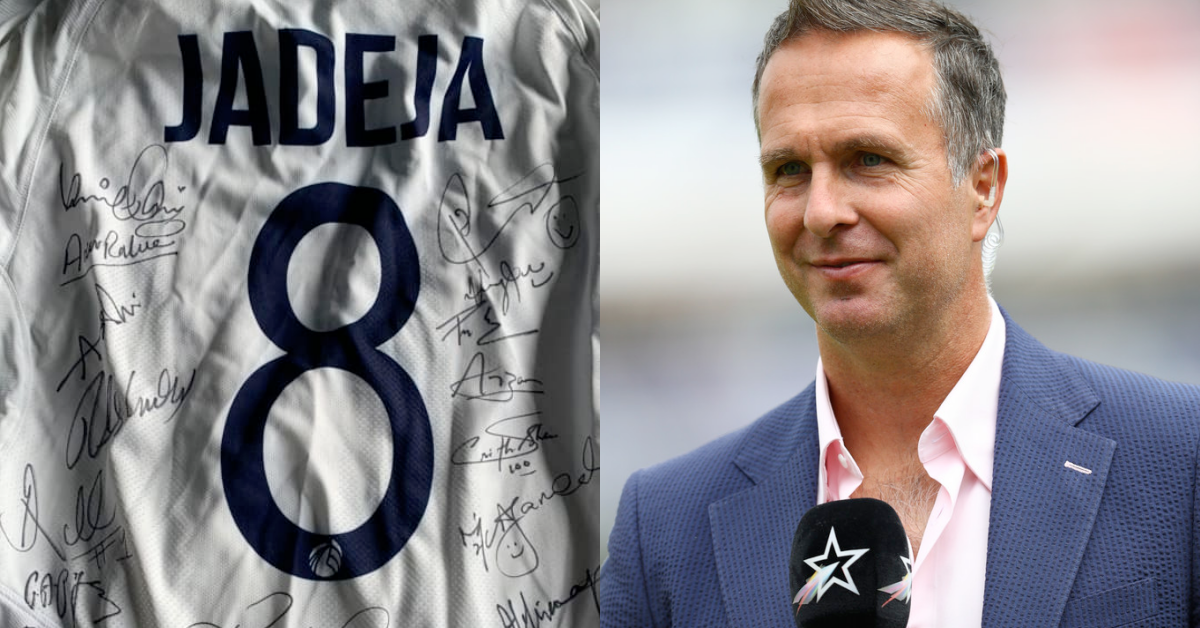 Michael Vaughan received a generous gift from India all-rounder Ravindra Jadeja for his charity work. Post the third Test in Leeds, which the hosts won, the Indian team signed Ravindra Jadeja’s jersey and sent it to the former England captain, who will be selling it for, in his own words, “lots of money” for a charity.

Vaughan posted the story on his Instagram thanking the left-hand all-rounder.

Ravindra Jadeja taken to the hospital for knee scans

Meanwhile, Ravindra Jadeja was taken to a hospital or precautionary scans on his knee hours after the third Test concluded at Headingley. There has not been any statement from the BCCI about the injury yet.

The southpaw had uploaded a photo of himself on his Instagram story from a hospital wearing a green scrub – from which the news of his visit to the hospital was learned.

Ravindra Jadeja suffered the injury while fielding on the second day. He went to the dressing room for some treatment. However, he returned soon and continued to bowl in the game and also batted without any show of discomfort during India’s second innings. The left-hander whacked he scored 30 runs off 25 as others around him departed one by one.

Ravindra Jadeja has featured in all the three Tests so far in the series – he has been preferred over Ravichandran Ashwin as the spin-bowling allrounder – scoring 133 runs at 26.60 while batting mostly with the tail with a best of 56. With the ball, he has managed only two wickets, at an economy of 2.44, although hardly got conditions to assist him in the first two Tests.

With a short turnaround for the fourth Test at Oval from September 2, if he is not deemed fit for the fourth Test, Ravichandran Ashwin may come in the side, but that would mean weakening the batting further than it already is with four pacers, which is the template Virat Kohli wants to play with.

The post Ravindra Jadeja Gifts His Test Jersey With Autograph Of All Indian Players For Michael Vaughan’s Charity appeared first on CricketAddictor.