Afghanistan’s Test Match With Australia Will Continue Without Interruption: Taliban 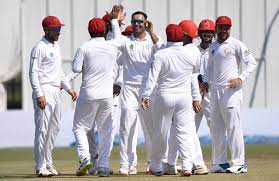 Afghanistan’s Test match against Australia in November will go ahead as planned, confirmed Taliban, the new rulers of the country. There have been many doubts popping up about Afghanistan cricket’s future after the Taliban took the charge of the Asian country a couple of weeks ago. Afghanistan is scheduled to play Australia in a solitary Test match in November, in what could be their first Test against one of the strongest nations in the world at Blundstone Arena in Hobart.

In the future, we want good relations with all countries: Taliban

However, the Taliban has made it clear that they want to build good relations with all the countries so they will continue to send the cricket team and expect other boards to send their teams to Afghanistan.

“[All previously organised matches] will continue without interruption, and [the Afghanistan team] can play with other international teams,” deputy head of the Taliban’s cultural commission Ahmadullah Wasiq told SBS Pashto.

“In the future, we want good relations with all countries. When good relations are established, Afghan players can go [to Australia] and they can come here,” Wasiq added further.

There is goodwill between CA and the Afghanistan Cricket Board to make the match happen: Cricket Australia

Cricket Australia Australia is preparing for the historic Test match and the board is in talks with their counterpart Afghanistan Cricket Board and the government officials in Tasmania to make sure the match goes ahead without any disruption.

“Cricket Australia’s planning for the historic first Test match between Australia and Afghanistan in Hobart is well underway. There is goodwill between CA and the Afghanistan Cricket Board to make the match happen, which immediately follows the ICC T20 World Cup in the UAE in which the Afghanistan team is due to play,” an official spokesperson of the board was quoted as saying.

“CA will continue to work with the Australian and Tasmanian governments ahead of the Afghanistan team’s arrival planned for later this year,” he added.

The match will be played between November 27 to December 1 in Hobart.

The post Afghanistan’s Test Match With Australia Will Continue Without Interruption: Taliban appeared first on CricketAddictor.