Ravi Shastri’s Experiences Have Been Priceless For Us And They Continue To Be: Virat Kohli 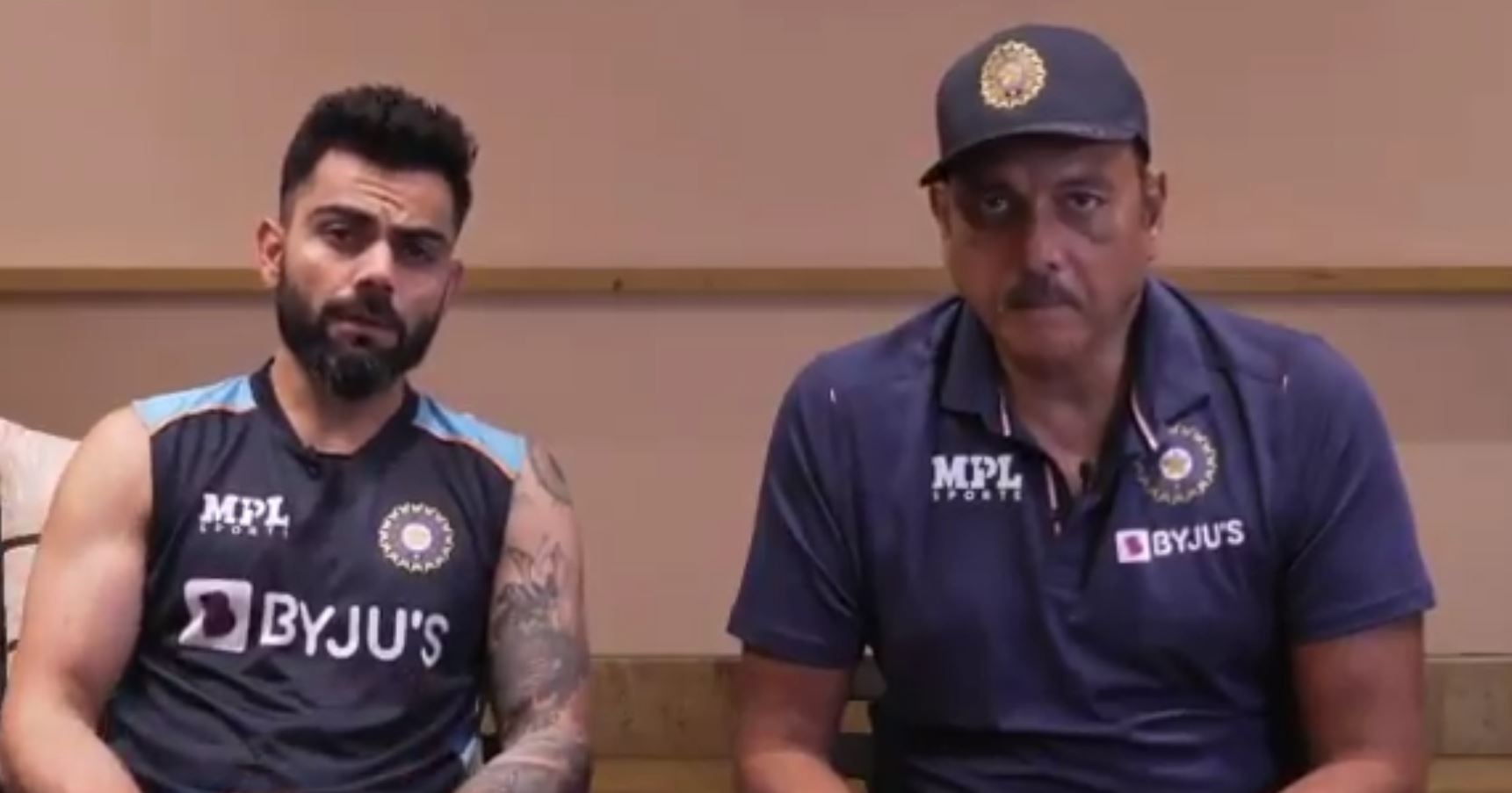 The duo shares a very strong bond over the years which all began in 2014, as Kohli mentioned during Shastri’s new book launch event.

The two personalities have been criticised and praised equally in the public domain for their important decisions and together they have unearthed many achievements for the Indian team. For the first time, India won a Test series on Australian soil in 2018/19.

I met Ravi Shastri many times because he was the most prominent voice in World Cricket: Virat Kohli

Kohli said Shastri’s experience with the team is priceless and recalled the instance of Shastri, who was the team’s director in 2014, giving them a pep talk. Later In 2017, when Kohli had fallen with then head coach Anil Kumble, Shastri replaced the former leg-spinner after the latter resigned.

“His experiences have been priceless for us and they continue to be. I will say a few words about our working relationship, our bond over the years. Started in 2014, I met him many times because he was the most prominent voice in cricket from India and worldwide. We always look forward to his commentary skills. We actually started working together then,” Kohli said at the book launch event.

“I remember in 2014 he gave us a pep talk for the first time. We were a bit down as a team and things were not happening well and he was brought in, he was brought in for the second time to set things right.

“In his first speech he gave, the first word he said was ‘boys’ in the voice that only he can generate. And I clearly remember, I was sitting down and my body shook because I had never heard someone speak so clearly and with so much determination and positivity,” Kohli added.

All I can say is that our working relationship has been built on trust and mutual respect: Virat Kohli on Ravi Shastri

Currently, the Indian team is playing against England in a five-match Test series, which is locked at 1-1 and the Kohli-Shastri duo are aiming to win their first Test series in England since 2007. Kohli said their vision is to take Indian cricket at the highest point and they have been supported by the entire team to achieve the dream.

“All I can say is that our working relationship has been built on trust and mutual respect, on a vision that has been shared. The only focus is to take Indian cricket higher and in a better place. Both of us together along with the brilliance of the whole team and the talent we have been blessed with, I think we have been able to achieve that and it’s something we are proud of,” Kohli concluded.

Shastri’s second term as India’s head coach is likely to end after the ICC T20 World Cup 2021 and it seems he is uncertain to extend his term for another year.

Also Read: Doesn’t Matter Who He Is, The Bus Will Go If Someone Comes Late: Ravi Shastri On His Incident With

The post Ravi Shastri’s Experiences Have Been Priceless For Us And They Continue To Be: Virat Kohli appeared first on CricketAddictor.