Rishabh Pant And Other Youngsters Should Watch And Learn From Rohit Sharma: Salman Butt 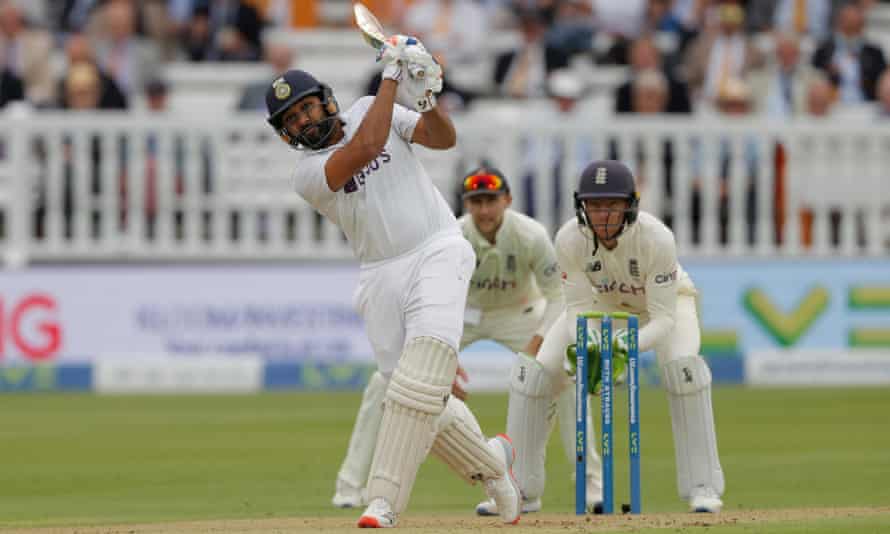 Rohit is in tremendous form with the bat against England, he has not only managed to score runs but has also brought amendments to his technical approach which is more demanded by a conventional Test batsman.

Rohit Sharma too has molded his game in England according to the circumstances: Salman Butt

Rohit has scored 261 runs from eight innings so far, the second highest from India behind KL Rahul (291), and on the end of the second day, he was batting on 20 at Kennington Oval. He was 17 runs short of reaching the three-figures mark at Lord’s in the second Test.

Pant got himself dismissed after playing an ill-tempered shot against Chris Woakes, holing out to Mooen Ali, who was running from mid-off to complete a successful catch.

“One of the common traits among batters who score runs in all types of conditions around the world is their adaptability. Rohit Sharma too has moulded his game in England according to the circumstances,” Butt said on his YouTube channel ahead of the fourth day.

“According to me, Rohit Sharma is the best example for Rishabh Pant and other youngsters to watch and learn from. He is more aggressive and has more shots than some of the young guns. His range of stroke play is also far greater,” he added.

Butt feels that Rohit is playing with a clever mindset and hopes he scored big runs in the second innings against England.

“However, look at the way he is respecting the ball and playing according to the conditions. He has displayed immense patience, and has been waiting for the ball. There is a lot for the youngsters to learn from him. I really hope he plays a long innings on Friday. I am really enjoying the way he has been batting,” Butt said.

Rohit Sharma is yet to score an overseas hundred although he scored seven centuries on home soil.

The post Rishabh Pant And Other Youngsters Should Watch And Learn From Rohit Sharma: Salman Butt appeared first on CricketAddictor.