5 Fastest 50s By An Indian Player In Test Cricket 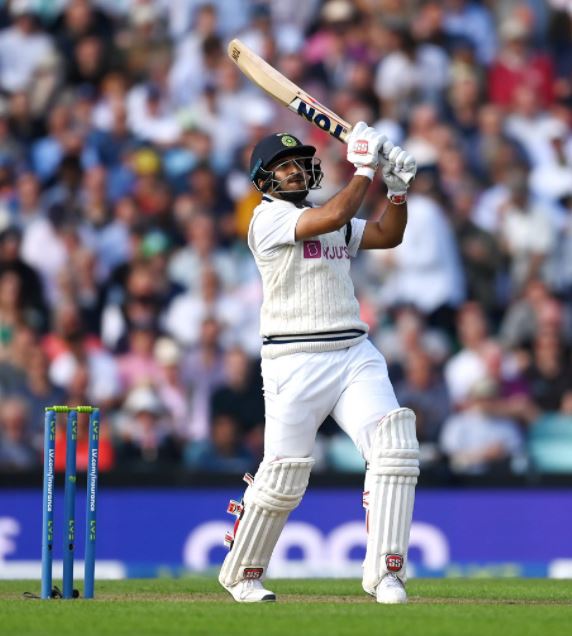 India hasn’t had many players who have been aggressive enough in Test cricket especially in the last few years and it is something that can turn around a game very quickly. Those players who can hit some quick fifties will be a great addition to the test side especially when the team is under pressure and it can make a big impact in the innings.

The IPL era has been producing a lot of players for the limited-overs side who can score quick runs in white-ball format but it might not be the same case with the test format. With a note on that, here are the five fastest fifties by an Indian player in Test cricket.

5 Fastest 50s By An Indian Player In Test Cricket:

Kapil Dev is one of the best all-rounders India has ever had in the game and he has scored numerous half-centuries down the order for India which has come at a very good strike rate. Kapil Dev managed to hit a 33 ball fifty against England in 1982 in the first Test at Lord’s which is the fourth equivalent-fastest 50 by an Indian player in Test cricket.

It was in the second innings when India followed on and Kapil ended up with 89 off 55 balls at a strike rate of 161. He hit 13 fours and three sixes in the innings despite England going on to win the test by 7 wickets.

Kapil Dev also holds the fourth fastest fifty by an Indian in Test cricket which he scored against Pakistan in 1978. The legendary all-rounder in the third Test at Karachi in the first innings produced a quick fifty in just 33 balls and took India to a decent total against Pakistan.

Kapil finished with 59 in 48 balls at a strike rate of 22 and he hit eight fours and two sixes in the innings. Pakistan went on to win the Test comfortably by 8 wickets in a chase of 164 in the fourth innings.

Virender Sehwag is a master at scoring quick runs and he was the most aggressive top-order batsmen India had in tests. He has been brilliant with his footwork and relies on hand and eye coordination which is his style of play. Sehwag scored an excellent 32 ball fifty while opening the innings for India against England in 2008.

In a chase of 387 for India in the fourth innings at Chennai, Sehwag came out all guns blazing and finished with 83 off 68 balls hitting 11 fours and 4 sixes in the innings. It was one of India’s historic wins overall and Sehwag produced the third-fastest half-century in Test cricket as well.

Shardul Thakur is the newest entry to the list and he showed some excellent batting skills in the ongoing series against England in the fourth Oval Test to bail India out of a collapse. The Mumbai all-rounder smashed a quickfire knock of 57 off 36 in the first innings and made sure India ended up in a decent score.

Thakur’s fifty in 31 balls is the second-fastest by an Indian in Test cricket and his knock comprised of 7 fours and 3 sixes. Thakur had produced another important knock earlier in the year against Australia that scripted a famous win at the Gabba.

It is not a surprise that the great Kapil Dev holds the record for the fastest fifty by an Indian in Test cricket. The 1983 Worldcup winning captain scored an excellent half-century off just 30 balls and ended with 73 off just 53 balls at a strike rate of 137. He hit 12 fours and one six in the thunderous knock.

Pakistan dominated the second Test at Karachi completely and went on to win the Test by an innings and 86 runs to go up a 1-0 lead in the series as well.

The post 5 Fastest 50s By An Indian Player In Test Cricket appeared first on CricketAddictor.