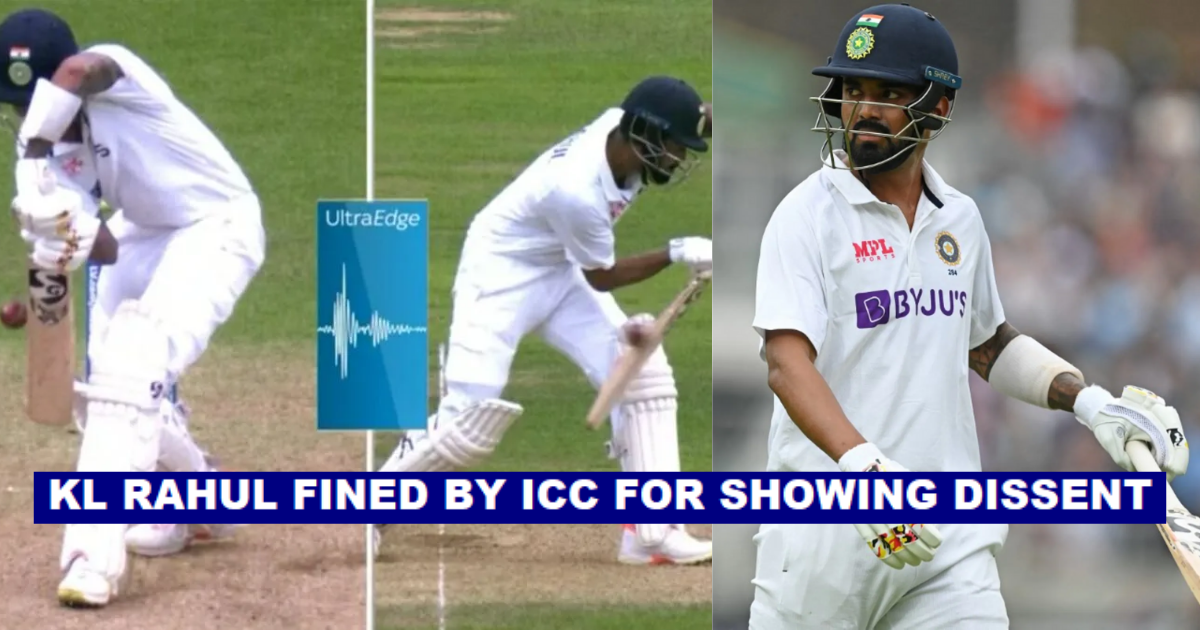 India opener KL Rahul found himself on the other side of the law as he was fined by the ICC for breaching its Code of Conduct on day 3 of the ongoing fourth Test match between England and India at the Oval.

KL Rahul scored a brilliant 46 runs in the Indian second innings against England at the Oval, as he and Rohit Sharma gave the team a solid start and almost wiped the deficit of 99 runs on their own. However, he was dismissed 4 runs short of a brilliant half-century on the morning of day three.

However, KL Rahul was not convinced of his dismissal as the third umpire ruled him out in the morning session of day 3. Rahul thought his bat had hit the pads, but the replays using UltraEdge showed that the bat hadn’t hit the pads, while the ball took the outside edge on its way to keeper Jonny Bairstow.

KL Rahul was not happy with the decision and gestured to the on-field umpire that his bat had struck his pads on the way, but the replays showed otherwise. Many former cricketers reacted to KL Rahul showing dissent about his dismissal.

“Ultra edge I think worked beautifully. It picked up exactly what happened. So, the bat while coming down, hit the back pad but made no contact with the front pad. You can see (in the replay) the contact of the ball with the outside edge. But you saw another noise when the bat was coming down. I think Rahul is innocent of what’s happened there.

He had a strong realization of the bat hitting the back pad. That may have been in his mind and sometimes, it’s difficult to notice a feather-like outside edge. He simply didn’t realize that there was an outside edge too,” said Manjrekar in the post-lunch show on Sony Sports Network.

However, the match referee and umpires were not kind in their consideration towards Rahul, who was fined 15 percent of his match fee for breaching Level 1 of the ICC Code of Conduct during the third day of the fourth Test against England at The Oval.

Rahul was found to have breached Article 2.8 of the ICC Code of Conduct for Players and Player Support Personnel, which relates to “showing dissent at an Umpire’s decision during an International Match.”

In addition to this, one demerit point has been added to the disciplinary record of Rahul, for whom it was the first offense in a 24-month period. The sanction was proposed by Chris Broad of the Emirates ICC Elite Panel of Match Referees and ratified by the ICC Cricket Operations Department.

Rahul accepted his mistake and hence there was no need for a formal hearing. On-field umpires Richard Illingworth and Alex Wharf, third umpire Michael Gough and fourth official Mike Burns leveled the charges. Level 1 breaches carry a minimum penalty of an official reprimand, a maximum penalty of 50 percent of a player’s match fee, and one or two demerit points.