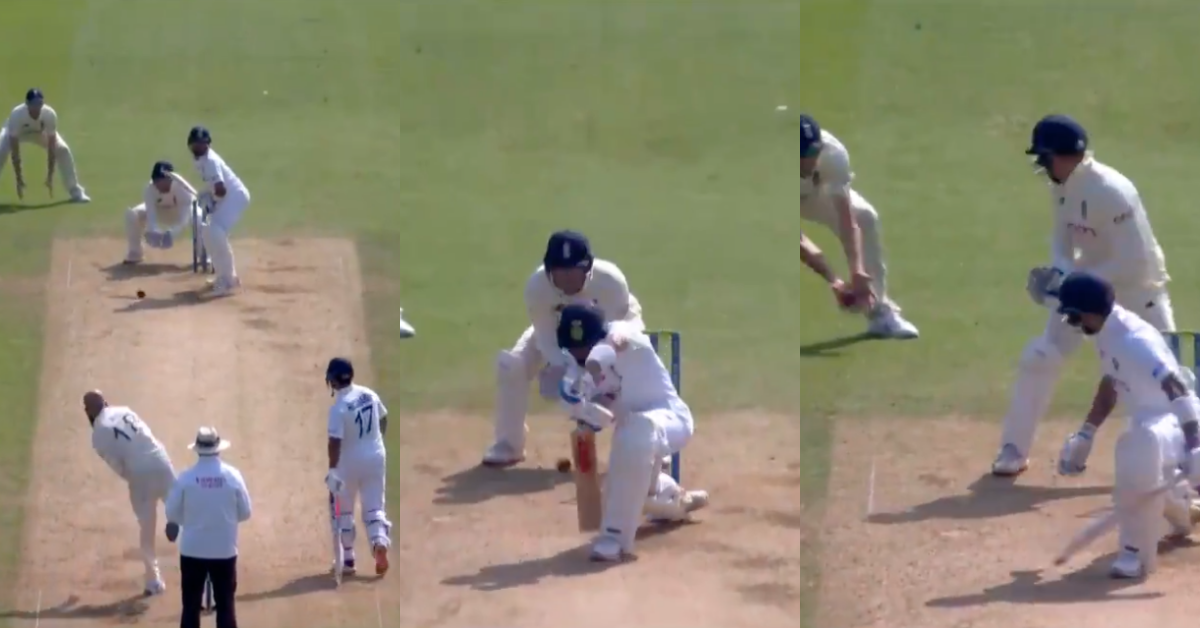 Virat Kohli’s wicket may not have been on Joe Root‘s mind when he introduced Moeen Ali in the attack late in the first session on Day 4 at The Oval. The England skipper had a wide grin on his face as Ali dismissed the Indian captain on just his fifth ball of the day.

The off-spinner tossed one ball, giving it plenty of revs, and, to no fault of Virat Kohli, the batsman lunged forward with a big stride while playing for the turn. However, the ball straightened, took the edge of Virat Kohli’s defence through to the first slip, Craig Overton. It was worsened for Kohli as he played with a slightly open face.

Sanjay Manjrekar on air suggested he could have played it on the back foot as the ball was away from his full stretched defence.

Virat Kohli was, understandably, frustrated as he had worked really hard to score those 44 runs off 90-plus deliveries while seeing India lose balance at the other end as Chris Woakes had accounted for the wickets of Ravindra Jadeja and Ajinkya Rahane in the morning. He had seen off the tight spells of James Anderson, Ollie Robinson, and Woakes, and was set to cash in; but he failed to once again convert his start into a, well, three-figure score.

The ploy of introducing Ali was perhaps underpinned by the arrival of Rishabh Pant; but it got Joe Root the big fish of Virat Kohli, who was looking ominous with a few thumping drives early in the morning.

Watch: Virat Kohli falls for 44 as Moeen Ali outfoxes him

It is the sixth time Ali has accounted for Virat Kohli; this year he has got the better of the Indian skipper thrice. India have taken their lead past 200, however, anything less than 300 on this surface wouldn’t make India feel safe.