England vs India 2021: Team India Squad Tests Negative For Covid-19 In RT-PCR Tests Prior To Final Test In Manchester 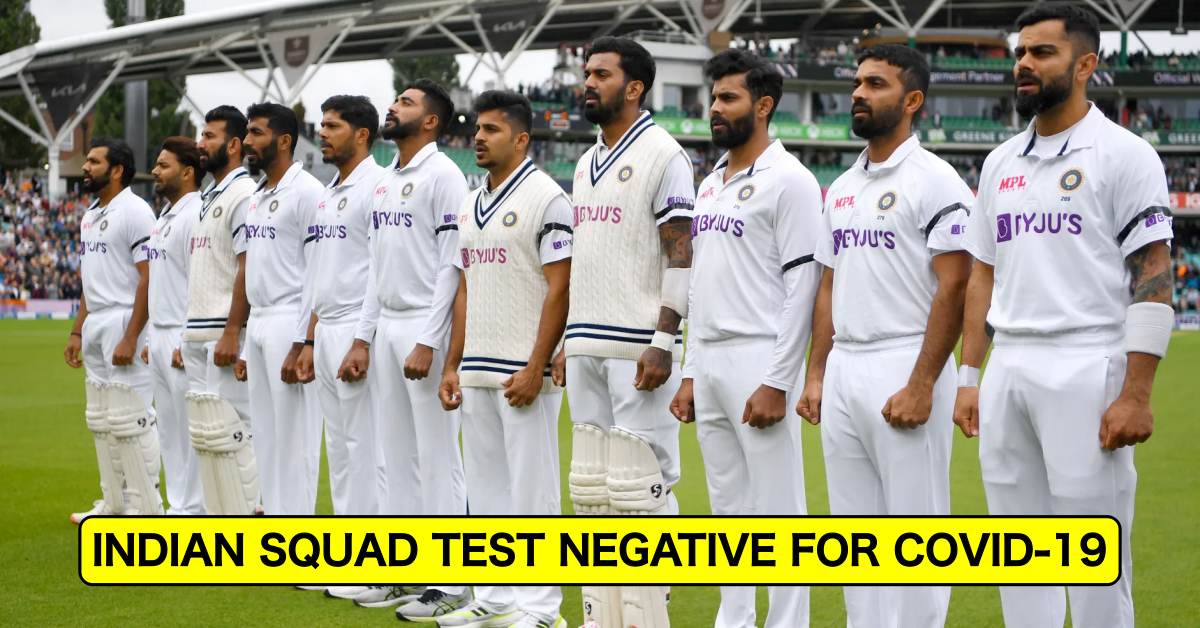 The entire Indian contingent has returned negative test results in their RT-PCR tests, just days away from the fifth and final Test against England in Manchester. Earlier, three members of the coaching staff including Ravi Shastri had tested positive.

Along with Shastri, bowling coach Bharat Arun, and fielding coach R Sridhar returned positive results which led to them being placed in isolation. They weren’t part of the squad on Day 4 and 5 of India’s epic win at the Oval.

They will also miss the next Test and will only be allowed to join after returning two negative test results. The team was not deemed to be in close contact with the aforementioned trio but had to be tested as a precautionary measure.

Luckily for everybody involved, none of the others have tested positive and it should ensure that the fifth Test will begin according to schedule. The Daily Mail indicated that Shastri and company could have contracted the virus when they attended a book launch in Victoria last Tuesday.

Although there are no strict covid-19 norms in England, the ECB was unhappy with the conduct of the visiting team. Nevertheless, a crisis seems to have been averted as the series will go on and conclude with the final Test commencing on September 10.

“The board will probe the matter” – BCCI official

The fact that an experienced person like Ravi Shastri engaged with maskless folks at the book launch didn’t go down well with the BCCI. According to an official from the apex board, both Shastri and Virat Kohli will be asked to explain the circumstances.

“Photos from the event have been shared with BCCI officials. The board will probe the matter. This incident has left the board embarrassed. The coach and the captain will be asked to explain the circumstances after the fourth Test at Oval. The team’s administrative manager Girish Dongre’s role is also under the scanner.“

“This incident is all the more unsettling because BCCI secretary Jay Shah had written to every team member before the series, asking them to be cautious and refrain from attending crowded events. The action of the team hasn’t gone down well with the board,” the BCCI official said.

There might be a few disciplinary charges filed on the head coach and the skipper. For now, the incident remains under the scanner.

Also Read – England vs India 2021: I Can See Only One Change In Batting – Zaheer Khan On Playing XI For 5th Test

The post England vs India 2021: Team India Squad Tests Negative For Covid-19 In RT-PCR Tests Prior To Final Test In Manchester appeared first on CricketAddictor.