India Squad For T20 World Cup 2021: 3 Indian Players Who Can Win The Man of The Tournament Award 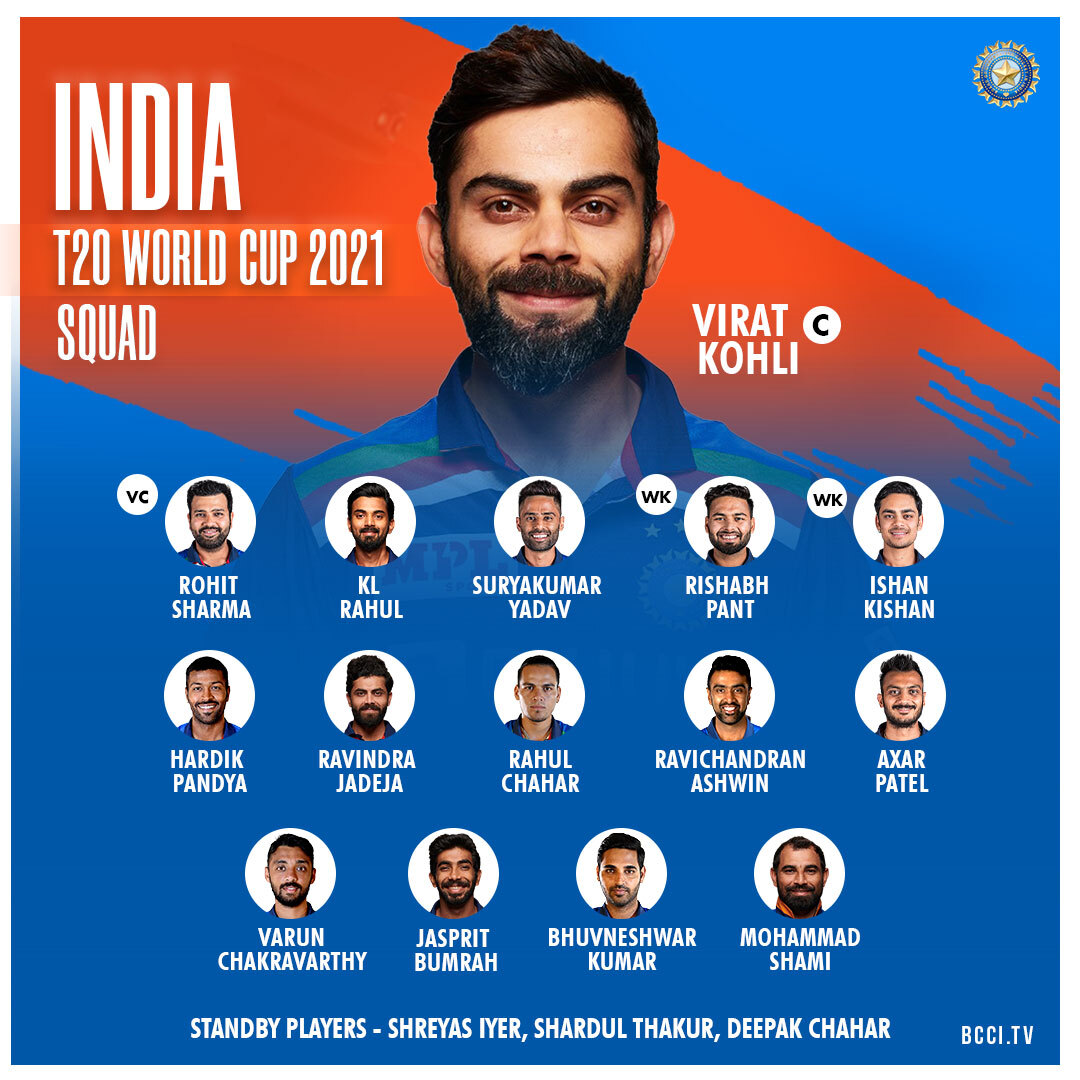 India Squad For T20 World Cup 2021: 3 Indian Players Who Can Win The Man of The Tournament Award. The BCCI, on Wednesday evening, announced the India squad for the T20 World Cup, which will take place in the UAE and Oman, starting October 17. And there were some surprises at inclusions and exclusion, mostly in the spin department.

India play their first game of the tournament on October 24 against arch-rivals Pakistan in Dubai. New Zealand, Afghanistan, and two other teams that come through from the qualifiers are alongside India in Group 2 of the Super 12 stage.

The Men In Blue will go in the mega event as one of the favorites to win the title, considering their imperious form across formats over last year and the incredibly talented pool of players. Here we look at 3 players from the Indian team who could end up as the Man of The Tournament.

India Squad For T20 World Cup 2021: 3 Indian Players Who Can Win The Man of The Tournament Award:

Rohit Sharma has been in the form of his life over the past few years; his recent success as a Test opener will only further his confidence. Although, he has been a behemoth as an opener in white-ball cricket.

Sharma was the leading run-scorer in the 2019 World Cup and struck 5 centuries in the event. He has four T20I hundreds to his name. He raised up a brilliant fifty in the IPL 2020 final, played in Dubai.

The right-hander will be leading Mumbai Indians in the UAE for the remainder of the IPL 2021 and will benefit from the time spent in those conditions ahead of the World Cup.

Suryakumar Yadav is another player who has been in staggering touch and had forced his way into the national team earlier this year. After incredible success with Mumbai Indians since 2018, and a brilliant run-scoring spree in the domestic circuit, Yadav was given his T20I debut against England in March.

In the two innings he played in that series – 57 off 31 and 32 off 17 – Yadav looked at home, comfortably smacking the star English bowlers, be it pacers or spinners. While his spot in the World Cup squad would have been fixed by then, he hit another fifty on a difficult batting track in Sri Lanka to further strengthen his claim.

Barring a bizarre selection, Yadav will play in the first eleven. It would be his impactful knocks – in the middle and death overs – which could just provide the impetus which the Indian team has been looking for.

Arguably the best all-format fast bowler in the world, and without a doubt the best death pacer in the world, Jasprit Bumrah will be key to India’s chances of winning their first T20 title since 2007.

Bumrah was magnificent in IPL 2020 in the UAE – bagging 27 wickets while conceding just 6.73 runs per over. In a short format as T20, his 4 overs could be the difference between a win and a loss. There is no substitute for Bumrah; for what he does astonishingly.

The post India Squad For T20 World Cup 2021: 3 Indian Players Who Can Win The Man of The Tournament Award appeared first on CricketAddictor.