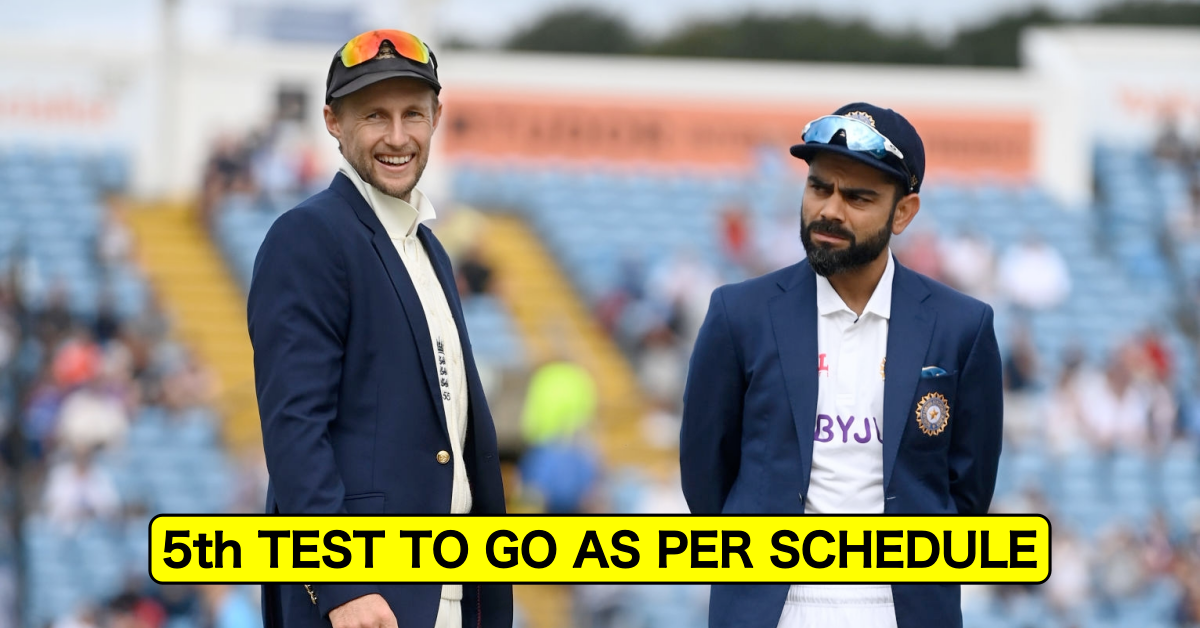 The England and Wales Cricket Board (ECB) has given the all-clear to the fifth Test between England and India to be played on September 10th at the Old Trafford ground in Manchester, after all the Indian players returned Covid-19 negative tests.

A dark cloud had loomed over the above-mentioned encounter given that the Indian squad’s assistant physiotherapist Yogesh Parmar tested positive for Coronavirus on Wednesday evening. This led to the England and Wales Cricket Board canceling India’s training sessions on Thursday and asked the players to remain inside their hotel rooms as they and BCCI discussed the way forward.

It has to be mentioned here, that before the start of the fourth Test match at the Oval, India head coach Ravi Shastri had tested positive for the deadly virus, and his close contacts, bowling coach Bharat Arun, Fielding coach R Sridhar and physiotherapist Nitin Patel had to be isolated.

Later all of them also tested positive for COVID and now will have to undergo 10-day quarantine and return two negative RT-PCR tests before they can go home.

All The India Players PCR Covid Tests Have Come Back Negative & The Old Trafford Test Goes Ahead As Planned: ECB

According to reports, all Indian cricketers have tested negative for coronavirus, and as of now, both the cricket boards — ECB and BCCI — have agreed to go ahead with the match. India’s playing squad have all received negative PCR results, reported ESPNCricinfo.

Meanwhile, it was earlier reported that England and Wales Cricket Board (ECB) asked the Indian cricket board (BCCI) to forfeit the match if it’s to be canceled. But the BCCI was pushing for the match to go ahead if the players test negative.

It has also been said that with both the Indian physios now in quarantine after testing positive for COVID-19, the BCCI has requested the ECB to spare a physio for them. Parmar had been taking take of Cheteshwar Pujara and Rohit Sharma, both of whom suffered injuries with Pujara twisting his ankle and Rohit complaining of pain in the knee.

The series is in the favor of the visitors as  India leads 2-1, while England needs to win the final Test to level the series, else a draw or an India win will ensure India bring the Pataudi Trophy back home and also register their first Test series win in England since 2007.

Also Read: England vs India, 2021: All Indian Players Test Negative For Covid-19 Ahead Of 5th Test In Manchester