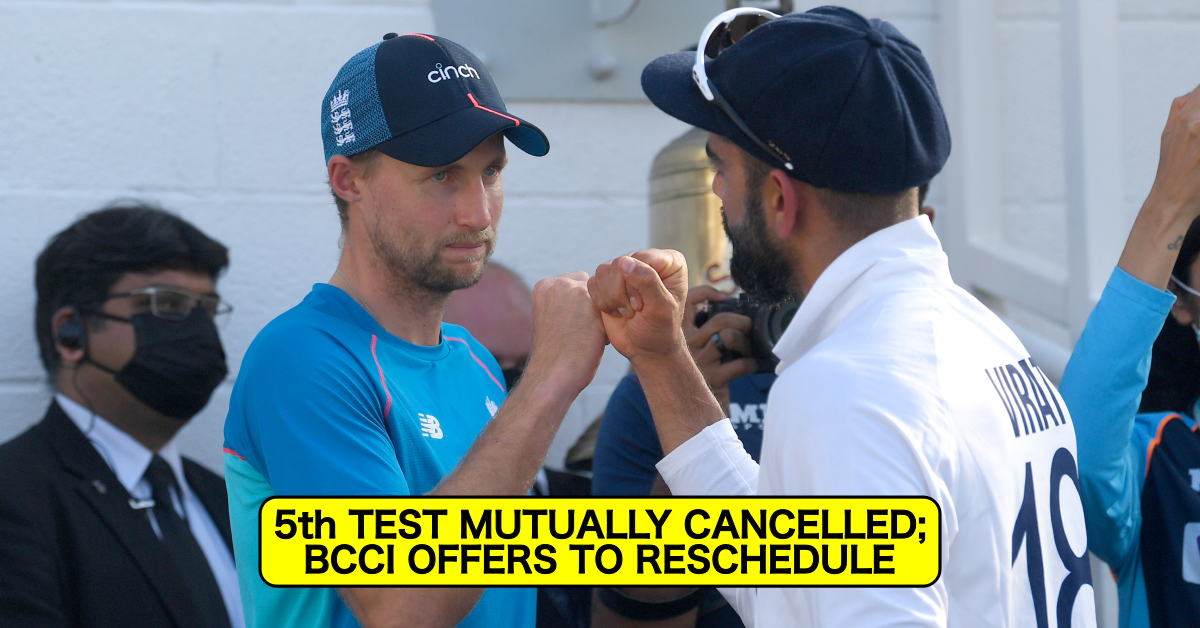 The fifth and final Test between England and India was officially canceled jointly by BCCI and ECB. The Indian Board also offered England to reschedule the Test match in order to play at another time.

There was an outbreak of covid-19 in the Indian camp during the previous Test at Oval. Ravi Shastri and a couple of team staff members tested positive for the virus. Although they were immediately isolated and the Oval Test reached a conclusion, it has forced the boards to call off the Manchester Test.

According to the media release from BCCI, both the boards were keen on finding a way to complete the series and play the Test match. However, taking the safety of the players into account, it was decided to mutually cancel the game.

“The Board of Control for Cricket in India (BCCI) along with the England and Wales Cricket Board (ECB) have jointly decided to call off the 5th Test Match scheduled at Manchester in ongoing India’s tour of England 2021.

The BCCI and ECB held several rounds of discussion to find a way to play the Test Match, however, the outbreak of Covid-19 in the Indian team contingent forced the decision of calling off the Old Trafford Test Match.

In lieu of the strong relationship between BCCI and ECB, the BCCI has offered to ECB a rescheduling of the cancelled Test match. Both the Boards will work towards finding a window to reschedule this Test match.

The BCCI has always maintained that the safety and well-being of the players is of paramount importance and there will be no comprise on that aspect.

The BCCI would like to thank the ECB for their co-operation and understanding in these trying times. We would like to apologise to the fans for not being able to complete an enthralling series.” The statement from BCCI read.

There have been reports claiming the match could be played next year when India tours England for a limited-overs series but there has been no confirmation. As things stand, the tour is officially over and the Indian team will head over to the UAE for the resumption of IPL 2021.

Indian team head coach Ravi Shastri and captain Virat Kohli had attended a book launch last week. It’s widely believed that Shastri contracted the virus during the event and eventually tested positive. It was stated that the BCCI would ask the coach and captain for an explanation but an official said otherwise.

“Covid-19 is something that can happen to anyone. Besides, the United Kingdom government has removed restrictions and opened movement. So, people are allowed to move freely,” the official said to IANS.

Whether the duo will be disciplined or not is yet to be seen. The series between England and India was poised at 2-1 in favor of the visitors until the cancelation of the Manchester Test.