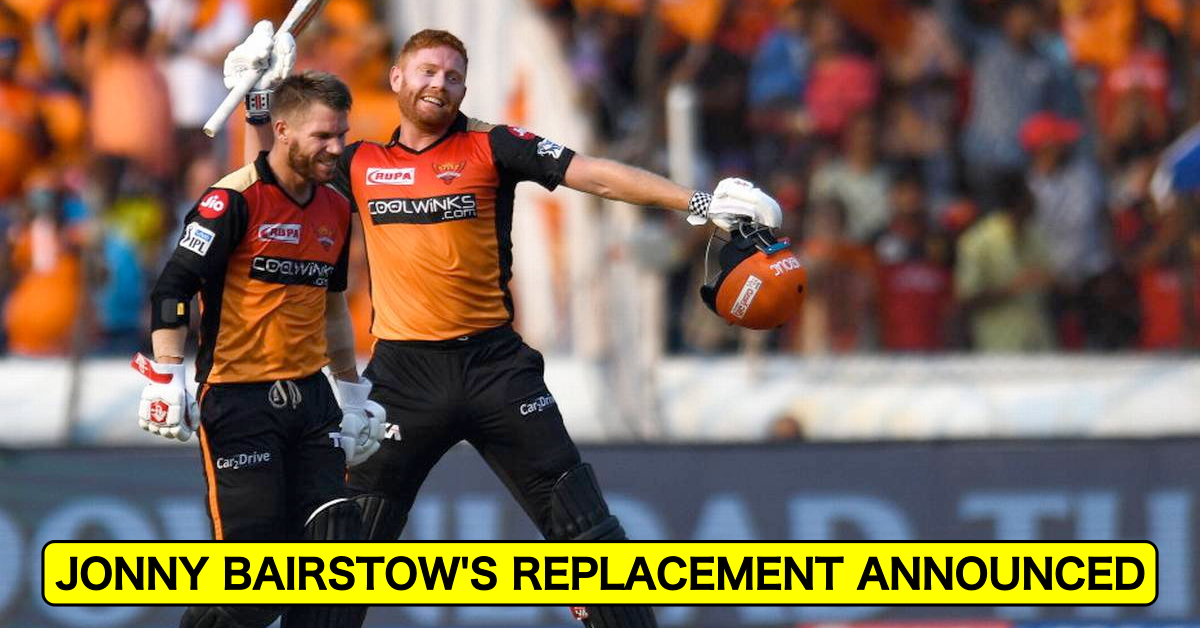 Indian Premier League (IPL) franchise Sunrisers Hyderabad (SRH) have named the replacement after their England recruit Jonny Bairstow pulled out of the second leg of the IPL 2021 to be played in UAE from September 19 onwards.

Sunrisers Hyderabad was one of the franchises which struggled to get off the blocks in India during the first half of the IPL 2021. The tournament had to be postponed indefinitely in May 2021 after multiple cases of COVID-19 positive personnel in the bio-bubbles of franchises and even support staff, players, and ground staff were not spared.

BCCI then decided to move the second half of the tournament consisting of 31 matches including the playoffs and the final to UAE, which had successfully hosted the IPL 2021 in September last year amidst the pandemic. The most decorated franchises Chennai Super Kings and Mumbai Indians will kick off the proceedings in UAE on September 19.

After the fifth Test between India and England got canceled in Manchester due to COVID issues in the Indian camp, three England cricketers have pulled out of the IPL 2021 UAE leg. Chris Woakes and Dawid Malan were two of the team, while Jonny Bairstow became the third player to decide not to travel to UAE for the IPL 2021.

Bairstow had signed with the Orange Army in 2019 and decorated his debut year with a century as well. He continued the fireworks in IPL 2020 in UAE, however, his bat was silent for most of the IPL 2021’s first half, as he struggled to get going on the slow and low Chennai wicket.

Hence the Sunrisers Hyderabad have named West Indies batsman Sherfane Rutherford as Bairstow’s replacement on Twitter. Rutherford made his debut for the West Indies team in 2018 and since then has played six T20Is collecting 43 runs and one wicket to his name.

“The explosive Caribbean is now a #Riser! Sherfane Rutherford will replace Jonny Bairstow in our squad for the second phase of #IPL2021 #OrangeArmy #OrangeOrNothing,” tweeted the official account of SRH.

The explosive Caribbean is now a #Riser!

Sherfane Rutherford will replace Jonny Bairstow in our squad for the second phase of #IPL2021 #OrangeArmy #OrangeOrNothing pic.twitter.com/ypqqAl1Zyk

In 43 T20 games, the 23-year-old has 624 runs and eight wickets to his credit. He first made his splash in the Indian Premier League in 2018, when he was picked by Delhi Capitals. Rutherford will get to make his mark for SRH playing under the captaincy of New Zealand’s Kane Williamson.

Also Read: IPL 2021: Hopefully This Is Our Year, We Look To Continue With The Momentum – Devdutt Padikkal