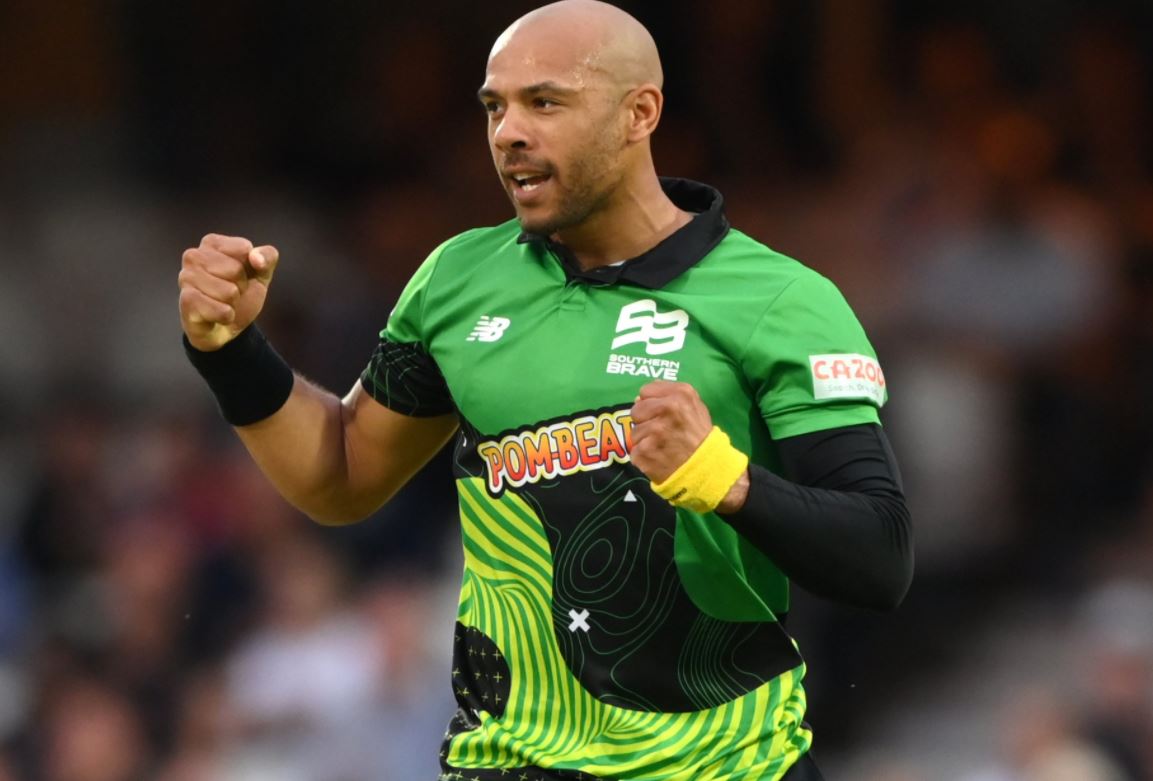 The ICC men’s T20 World Cup is scheduled to begin on October 17 and the summit clash of the tournament will take place on November 14 in the United Arab Emirates ( UAE ).

The marquee event will provide a tremendous opportunity for youngsters to showcase their talent and get the limelight on the big stage. Notably, many youngsters and new players from several teams will be playing their first T20 World Cup event. Also, experienced players who are playing from the very first T20 World Cup will be once again seen representing their nation in the 7th edition of the World Cup.

The 29-year-old Tymal Mills is one of the most explosive fast bowlers to emerge from the English cricket scene. Mills made his T20 International debut for England in 2016 in the match against Sri Lanka at Southampton. Notably, he went wicketless in his debut game.

He played his last T20I game for England on 31st May 2018 against West Indies at Lord’s and in that match too he was unable to get a wicket under his belt.

Mills had an impressive outing in The Hundred for the eventual champions Southern Brave. His amazing 90mph pace deliveries and change-ups in the death overs will be beneficial for England in the absence of Jofra Archer, who will miss the tournament with an elbow problem.

This comeback in the strong England side is a dream come true moment for Tymal Mills that too ahead of the marquee T20 World Cup event. He has got an amazing opportunity to have an impactful performance and get a permanent slot in the team. The 29-year-old Left-arm pacer will be hoping for a better outcome in international cricket unlike his last international run with England.

The 36-year-old West Indies pacer Ravi Rampaul was part of the West Indies squad that won the 2012 T20 World Cup. Meanwhile, now he will be making a comeback in the team as he has been named in the 15-member squad of West Indies for the upcoming T20 World Cup 2021.

Notably, Ravi Rampaul played his last T20 Internationals game for West Indies back in 2015 against Sri Lanka where he picked 3 wickets at Colombo.

Ravi Rampaul is a massively experienced bowler and he had a good outing in the last CG Insurance Super50 Cup and the current Hero CPL. Also, the 36-year-old pacer possesses the capability to bowl crucial spells in the powerplay, middle overs, and death overs.

The main reason behind Ravi getting his slot back in the world cup squad is his recent run in the spin-friendly St Kitts tracks in the CPL 2021, notably, he has emerged as the best pacer in the tournament and has already picked 17 wickets at an average of 13 and an economy rate of 7.20.

He bowls amazing slower cutters which will be very effective in the slow UAE surface. It was surely a dream comeback for Ravi Rampaul and with his current form, he can surely convert this dream come back into a very highly successful one.

Ravichandran Ashwin is unarguably one of the best modern-day spinners, Ashwin has been part of India’s set-up for a long time now in red-ball cricket. Things have not been the same for Ashwin in the limited-overs cricket as he was dropped from both One Day Internationals and T20 Internationals team in 2017. Ashwin played his last T20I game against West Indies on July 9, 2017, at Kingston. Notably, the 34-year-old went wicketless in that game.

Meanwhile, India has played 63 T20Is since Ashwin last appeared in white-ball cricket at the International level. During this time Ravichandran Ashwin was continuously having an exceptional run in Test cricket and a decent run in the Indian Premier League. However, still India was keeping him in the team as a Test specialist and he was unable to play limited-overs cricket for India.

Notably, Washington Sundar was the one who was given preference by Team India as an off-spin bowling All-rounder instead of Ashwin. With Sundar getting injured, India has decided to go back to the veteran off-spinner after a very long time. Ashwin getting included in the 15-member squad for the T20 World Cup was a shocker for many, but it was a dream comeback for Ashwin. Overall the off-spinner has bagged 52 T20I wickets at an average of 22.94 and an economy of 6.98.

It will be interesting to see whether Ravichandran Ashwin will get a chance in playing XI or not. Although there is a huge possibility that India might go with the duo of Jadeja-Ashwin once again in the World Cup. Meanwhile, Ashwin will have to prove himself if he gets the opportunity to play, then only he can be a regular member for India in limited-overs cricket.

Also Read: 6 Players Who Have Been Part Of All The ICC T20 World Cups So Far

The post ICC T20 World Cup 2021: 3 Players Who Have Made A Dream Comeback appeared first on CricketAddictor.