IPL 2021: List Of West Indies Players Participating In The Tournament 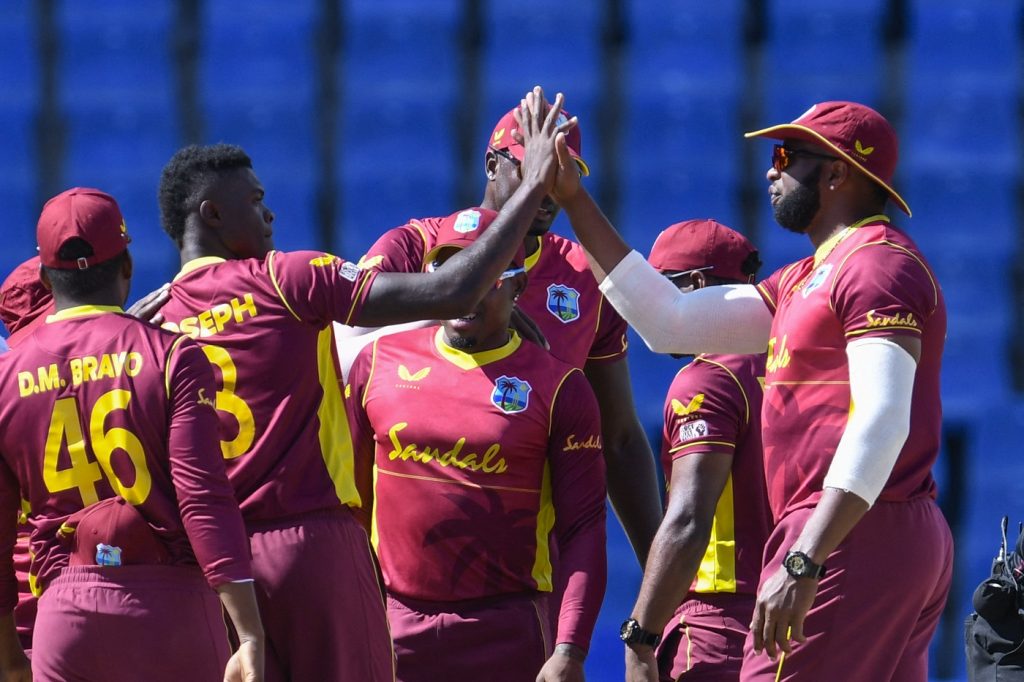 IPL 2021 UAE leg is set to start on September 19 with the thrilling clash between Mumbai Indians and Chennai Super Kings. The tournament was suspended in May due to Covid-19 after witnessing 29 games. Now, the remaining 31 matches will be played in the UAE leg. Delhi Capitals hold the top spot in IPL 2021 points table while Sunrisers Hyderabad are placed at the bottom.

IPL 2021: List Of West Indies Players Participating In The Tournament

Dwayne Bravo is part of Chennai Super Kings in IPL 2021. The West Indies all-rounder has been part of the tournament since the debut edition in 2008. Bravo was the highest wicket-taker in the 2013 and 2015 seasons and won the purple cap. In 144 IPL matches so far, the right-arm seamer has picked 156 wickets. He has also mustered 1510 runs with 5 fifties.

Shimron Hetmyer will play for Delhi Capitals in IPL 2021. The franchise bought him for Rs. 7.75 crore during IPL 2020 auction. So far, the left-handed batsman has been part of three seasons in IPL. In 23 matches, he has scored 359 runs at an average of 25.64. He has smacked 2 half-centuries, the highest of which was a 75-run knock.

Andre Russell is part of Kolkata Knight Riders in IPL 2021 and one of the dangerous batsmen in the tournament. In the first leg, he scored 163 runs in 7 matches with 1 half-century and also accounted for a 5-wicket haul in one match. So far in 81 matches, Russell has smacked 1680 runs at an average of 29.47 and picked 68 wickets. His batting strike rate of 179.59 is more than any other player.

Sunil Narine is another West Indies player who is part of the Kolkata Knight Riders. Since his debut season in 2012, Narine has played for KKR. In 124 matches, the right-arm spinner has scalped 130 wickets at an average of 25.06. He also owns a brilliant economy of 6.78. With the bat, has scored 902 runs with 4 half-centuries.

Also Read: IPL 2021: I Am Trying To Find Comfort Zone Of Movement At The Crease, Says AB de Villiers

Kieron Pollard is another brilliant all-rounder from the West Indies who is part of IPL 2021. Pollard has played for Mumbai Indians since his debut in the 2010 season and is also the vice-captain of the team. In 171 matches, the right-handed batsman has piled up 3191 runs at an average of 30.68, smashing 16 fifties in the process. He has also picked 63 wickets.

Chris Gayle is part of Punjab Kings and one of the popular batsmen in the Indian Premier League. Gayle has many batting records in his name in the tournament. The left-handed batsman will represent Punjab Kings in IPL 2021. In 140 games, Gayle has scored 4950 runs at an average of 40.24. He has also smacked 6 centuries and 31 half-centuries. His knock of unbeaten 175* is the highest in IPL so far.

Fabian Allen is another West Indies player who is part of IPL 2021. He is part of Punjab Kings in the tournament. The franchise bought him for Rs. 75 lakh during this year’s auction. He made a debut in IPL during the 2021 season. In 2 matches in the 2021 season, he scored 6 runs.

Oshane Thomas has been signed by Rajasthan Royals to replace Ben Stokes in the UAE leg of IPL 2021. The West Indies player earlier went unsold in the 2021 auction. He earlier played for Rajasthan Royals in the 2019 season. The right-arm pacer picked 5 wickets in 4 games during the tournament.

Evin Lewis has been signed by Rajasthan Royals to replace Jos Buttler in the UAE leg. Jos Buttler played in the first leg and also smacked a wonderful century in one game. However, he has opted out of the UAE leg due to personal reasons. Left-handed batsman Evin Lewis has played 16 matches in IPL so far, scoring 430 runs at an average of 26.37. He has also hit 2 half-centuries.

Sherfane Rutherford went unsold in the IPL 2021 auction at a base price of Rs. 75 lakh. Hence, he was not part of the 1st leg. However, in the UAE leg, he has been signed by Sunrisers Hyderabad. The all-rounder will replace Jonny Bairstow in the squad. Rutherford earlier played for Mumbai Indians in the 2019 season. In 7 matches, he scored 73 runs and picked 1 wicket.