Mumbai Indians took on Chennai Super Kings in their eight-match of this season on Sunday at Dubai International Cricket Team. MI stepped onto the field without the likes of Rohit Sharma and Hardik Pandya. Both missed out due to injuries and Kieron Pollard was given the captaincy duties.

Kiwi pacers, namely Trent Boult and Adam Milne gave MI just the start that they were looking for. The duo picked four wickets for just 24 runs inside the first six overs. Chennai Super Kings were all at sea by the end of the powerplay. However, Ruturaj Gaekwad stood firm and kept the scoreboard ticking at one end.

He stitched a valuable 81-run partnership with Ravindra Jadeja to bring CSK back into the game. Rahul Chahar gave away 22 runs in his quota of four overs but failed to pick a wicket in the middle overs. Mumbai Indians would have thought of restricting CSK to somewhere between 120 and 130.

However, Dwayne Bravo and Gaikwad scored 39 runs in the final two overs to lift CSK to 156 runs at the end of the first innings. MI too didn’t get to a great start in the second innings. Quinton de Kock struck three fours and looked dangerous. However, Deepak Chahar trapped him leg-before to send him back early. Suryakumar Yadav (3 off 7) and Ishan Kishan (11 off 10) too followed him soon as MI were left reeling at 58 for 4 inside 10 overs.

In the absence of Rohit Sharma and Hardik Pandya, if there was anyone who could guide the team home at that stage, it was Kieron Pollard. The West Indies all-rounder has previously done it many times but not on that occasion. Josh Hazlewood got him out leg-before in the 14th over to seal the game for CSK.

Saurabh Tiwari showed great fight and remained unbeaten on 50 off 40 balls. However, MI eventually fell 20 runs short of the target.

Kolkata Knight Riders, on the other hand, began their UAE campaign with a 9-wicket win over Royal Challengers Bangalore on Monday. Prasidh Krishna and Lockie Ferguson opened the bowling and were right on the money.

The duo sent both the openers packing inside the first six overs. At the end of the powerplay, RCB had lost two wickets for 41 runs. Andre Russell then removed the dangerous AB de Villiers with a toe-crushing yorker. Varun Chakravarthy had a great day at the office as he picked wickets of Maxwell, Hasaranga and Sachin Baby.

Thanks to a brilliant bowling effort from the team, the Royal Challengers Bangalore were bundled out for 92 runs in 19 overs. Andre Russell and Chakravarthy picked three wickets each, while Lockie Ferguson finished with 2.

Kolkata Knight Riders chased down the total in just 10 overs, thanks to a brilliant opening partnership between Shubman Gill and Venkatesh Iyer. Gill smashed 48 runs off 34 balls, while Iyer scored 41 off 27 balls. 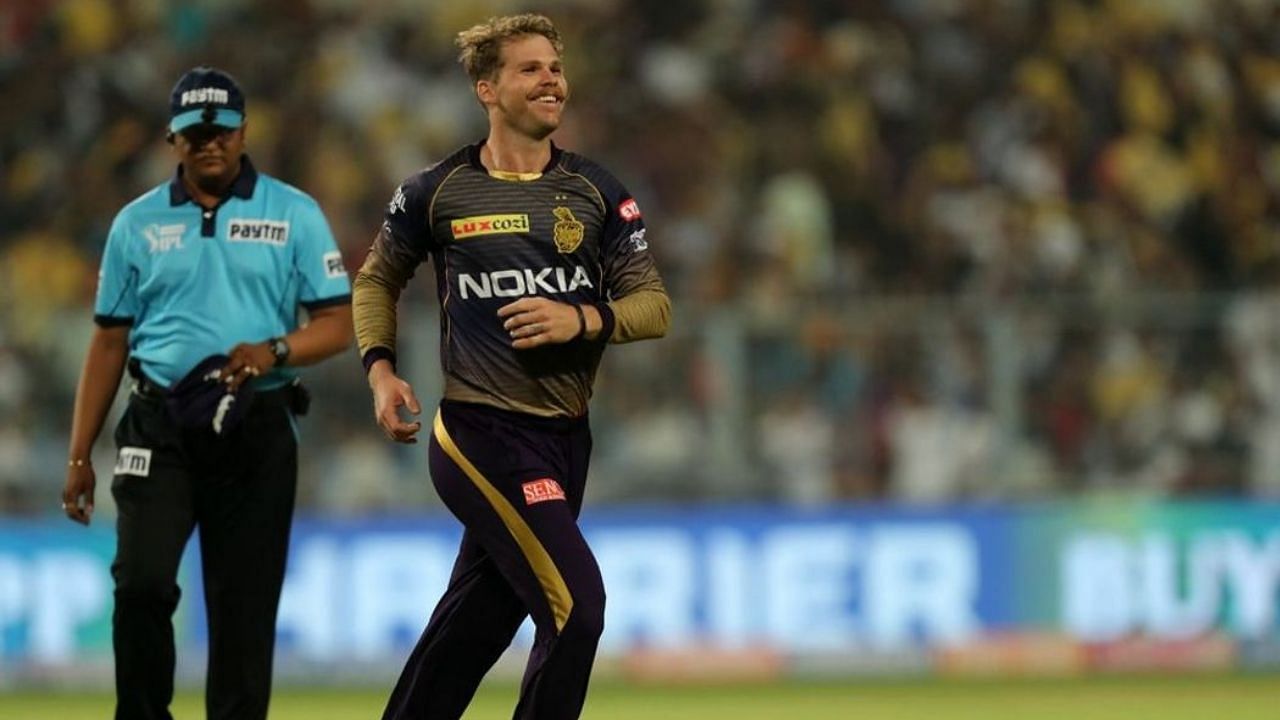